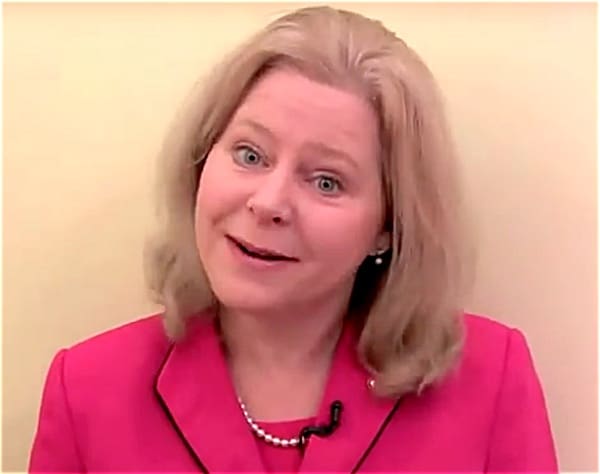 Janet Porter, an Ohio state senate candidate and right-wing nut job who has prayed for Christian control over the media, cheered Duck Dynasty cast member Phil Robertson, warned families of the “perversion” that is Gay Days at Disney, launched a ‘Facebook for patriots’ called Reaganbook, accused gays of trying to criminalize Christianity, and tried to pray away the SCOTUS marriage ruling, is touting her cray cray creds in a new video.

In the clip, Porter brags about her endorsements from a “who’s who” of conservative monsters: James Dobson, Phyllis Schlafly, Mat Staver, Jimmy Draper, Troy Newman, Jerry Boykin, and Larry Pratt.

But the batty bobblehead is most thrilled about where she sits on a website devoted to calling out Republican nut jobs:

“I just happened to notice that I am Right Wing Watch‘s second-most-watched woman in America, second only to former congresswoman and presidential candidate Michele Bachmann. It kind of made my day! Think about that. They have more articles about what I’ve been doing than they’ve posted about Governor Sarah Palin. They are watching. And they only watch those who they consider to be a threat.”