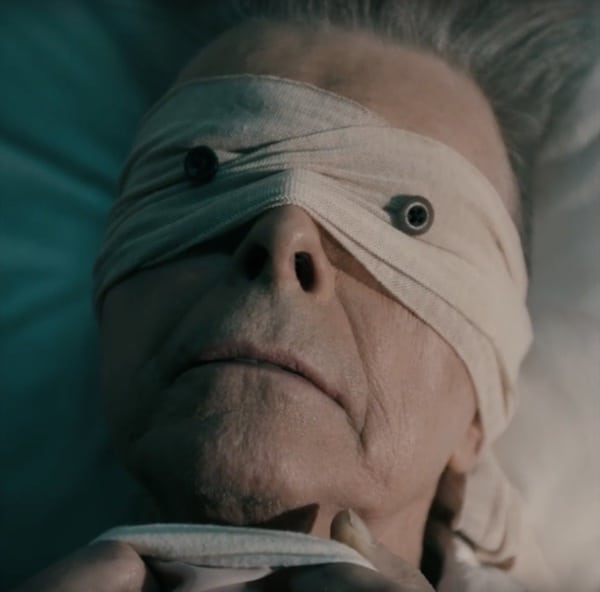 David Bowie’s new video ‘Lazarus’ from his album Blackstar (out tomorrow) dropped today and it’s just as hypnotizing as the first he released for the title track.

The new clip is directed by Breaking Bad director Johan Renck again (he also directed the first) and takes place in a hospital room where Bowie is in head bandages.

Said Renck of working on the video: “One could only dream about collaborating with a mind like that; let alone twice. Intuitive, playful, mysterious and profound… I have no desire to do any more videos knowing the process never ever gets as formidable and fulfilling as this was. I’ve basically touched the sun.”

Renck has directed many other music videos including Madonna’s “Hung Up”, “Nothing Really Matters”, Robyn’s “Handle Me”, Beyoncé’s “Me, Myself, and I”, Chris Cornell’s “Change Me”, and Suede’s “She’s in Fashion”.

Blackstar is Bowie’s 28th album and arrives on his 70th birthday.