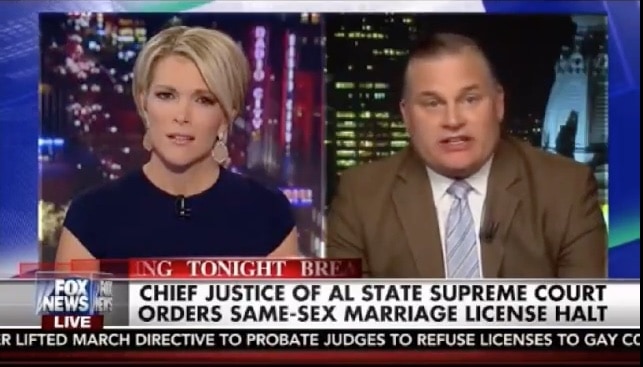 As expected, she got an earful of Huckabee-esque nonsense about not having to obey the Supreme Court, and tried to explain Marbury vs Madison, the case which formed the basis for judicial review in the United States, to Brown.

Finally, she just rolled her eyes and told Brian, “That’s an interesting take on it.”