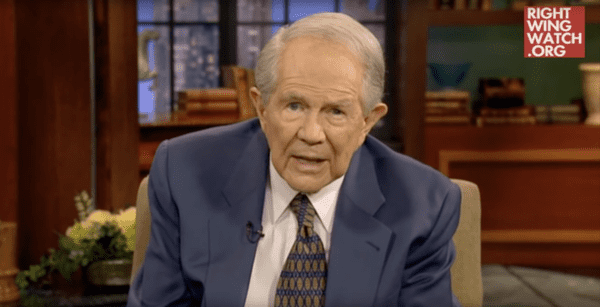 Christian evangelist relic Pat Robertson has advised a woman to let her 17-year-old girl she does not accept the gay “lifestyle” in order to save her from impending doom.

Speaking on The 700 Club yesterday, Robertson admitted that there’s “nothing that says somebody can’t be attracted to the opposite sex” but he suggested the girl could be “wrapped up in the gay lifestyle” unless the mother intervenes.

Listen to his latest ramblings below.