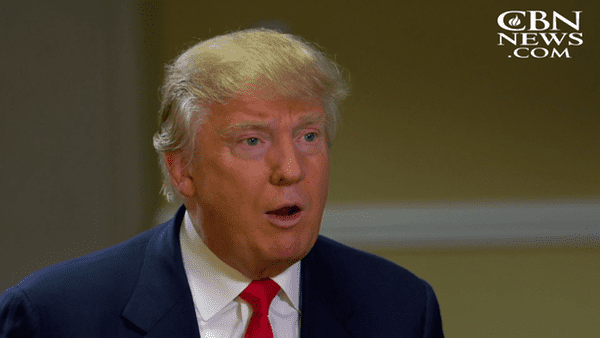 Donald Trump wants Evangelical Christians to know they can trust him when it comes to his views on gay marriage.

While appearing on a show called The Brody File on The Christian Broadcasting Network, Trump responded to claims made by the Log Cabin Republicans that he is the most pro-gay candidate currently running in the GOP primary for president. As Right Wing Watch points out, Trump replied, “Well I haven’t heard. I have not heard that at all.” 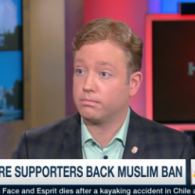 In December of last year, the head of the Log Cabin Republicans defended Trump’s record on gay rights, saying, “He supports amending the Civil Rights Act to include sexual orientation non-discrimination. He’s been to a gay wedding, he’s friends with George Takei. His record doesn’t bear out that that would be an enemy to the gay community.”

More recently, Trump has been all over the map in his comments on LGBT issues. He told a lesbian reporter that he would help advance the cause of LGBT equality if elected president, and then days later told George Stephanopoulos that he would nominate anti-gay justices to the Supreme Court. Trump also hit back at Ted Cruz after he said Trump has the same position on gay marriage as President Obama.

Watch Trump make his pitch to evangelicals, below.