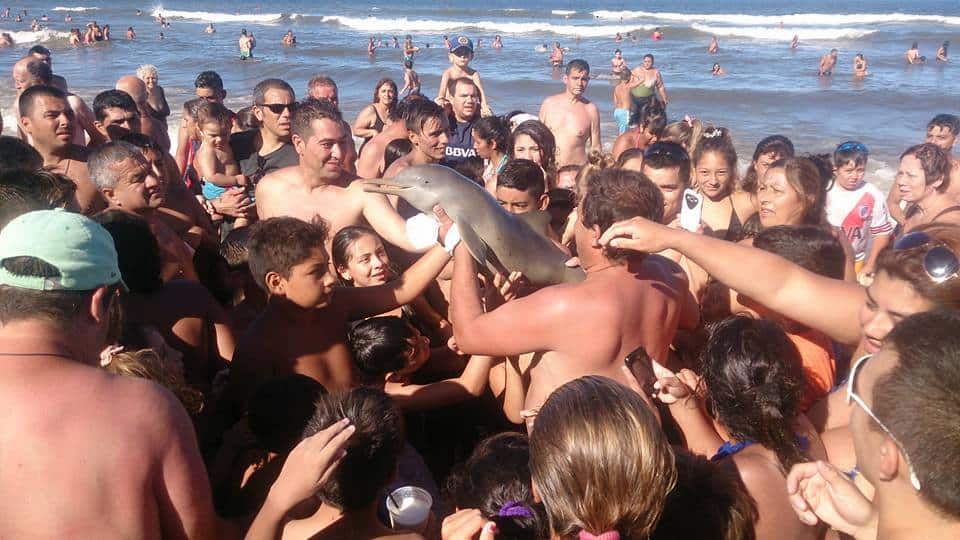 A tragic and infuriating incident took place on an Argentinian beach this week when a rare juvenile Franciscan dolphin was discovered in the surf and died after being paraded around by beachgoers eager to pet the animal and take photos with it.

“A young dolphin has died of suspected dehydration after being paraded around like a trophy and stroked by a crowd of sunbathers who then abandoned it on the sand. The group of people huddled around the mammal taking selfies after it was found on the Argentine beach resort of Santa Teresita in the north-eastern Buenos Aires Province. Dozens of people crowded round to look at the squirming calf as they strained to touch it, and have their photos taken with it.” 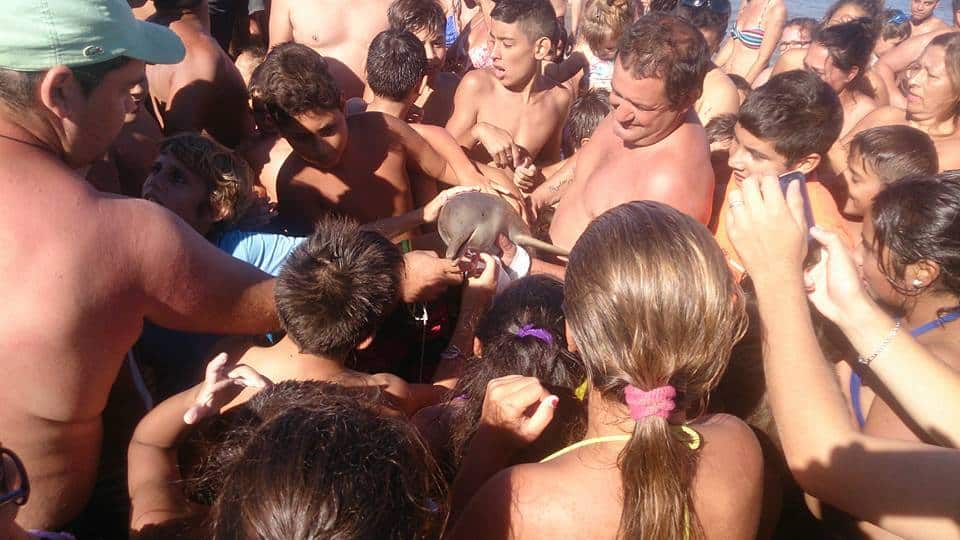 The incident prompted a statement from Fundacion Vida Silvestre Argentina, the country’s most prominent conservation group:

Franciscan or Plata dolphin is one of the smallest dolphins in the world, between 1.30 and 1.70 m long. Its brown skin is reminiscent of the habit of the Franciscan monks, from where it gets its name.

It is found only in Argentina, Uruguay and Brazil. In our country it lives mainly off the coasts of the province of Buenos Aires, where it is very likely that there are less than 30,000 individuals. Franciscan is vulnerable to extinction, according to the International Union for Conservation of Nature (IUCN). For years about 500-800 dolphins were caught annually in gill nets of fishermen of the Province of Buenos Aires.

The potential for recovery of this species is very low: the females at 2 or 3 years have a unique breeding cycle. In addition, the Franciscan, like other dolphins, cannot remain out of water for long. It has a very thick and greasy skin that provides warmth, so the weather will quickly causes dehydration and death.

Recently, photos spread that were taken in Santa Teresita, Buenos Aires, where you see a group of people holding a Franciscan out of the water. At least one of the animals died. Therefore, the occasion serves to inform the public about the urgent need to return to these dolphins to sea before the encounter with one on the shore. It is vital that people help to rescue these animals, because every Franciscan is vital.

As a priority species for Wildlife, we have 10 years experience working with different institutions in the protection of these animals. So. we have collected essential biological information. Thus we have found out how to help these animals avoid gill nets. Now, we need fishermen and other community members to collaborate so we can keep them. 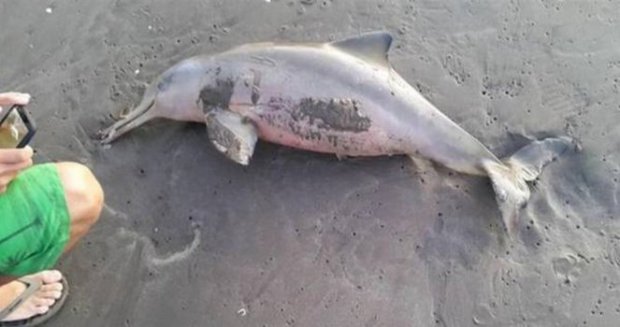 Previous Post: « Watch Adele and Ellen Play a Hysterical Prank on Some Workers from Jamba Juice: VIDEO
Next Post: Panasonic Says It Will Treat Gay Unions As Equivalent to Marriage as Japan Strides Toward LGBT Equality »