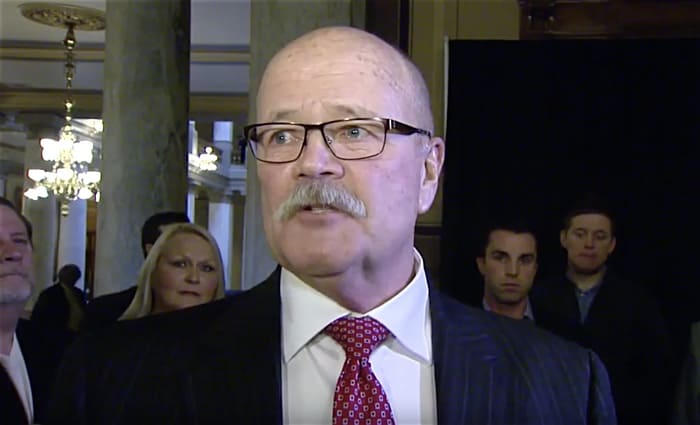 Indiana Governor Mike Pence and his Democratic opponent John Gregg filed paperwork on Tuesday for their 2016 gubernatorial bids, but there is a stark contrast to their agendas, particularly in the context of the LGBT rights debacle that went down this week in the Indiana legislature, where an LGB rights bill nobody was happy about was killed before it was even addressed.

When asked about LGBT civil rights on Tuesday, Pence dodged the question: “I believe in the legislative process. I respect the outcome of the deliberations on that legislation.”

Meanwhile, folks are wondering what happens next.

“We’ll have to come back to the drawing board,” said Senate President David Long, R-Fort Wayne. “We’ll try to learn more about the issue. I think people will be better educated on the issue by having gone through this process. We’ll see where it goes.”

“They missed this chance, but that doesn’t mean they miss it forever,” said Mayor Pete Buttigieg, D-South Bend.

“There will be more legislative session and my hope is they don’t waste any time during the next one to come together and frame something that works for everyone,” Buttigieg said.

Previous Post: « Tom Daley Wants You to Know That Carbs Are Not the Devil – WATCH
Next Post: There’s Only One Wild Jaguar Living in the U.S. and It Was Just Caught on Camera – WATCH »