You are here: Home / Magic Johnson Says He Won’t Be Watching Another Manny Pacquiao Fight 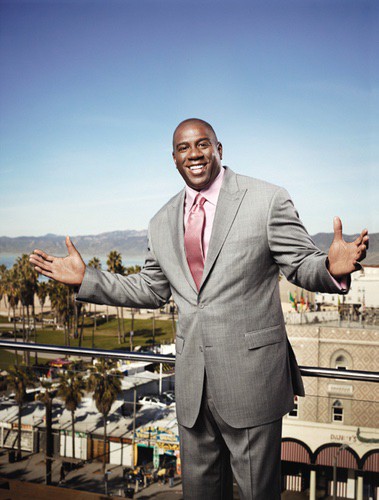 Magic Johnson, whose son E.J. came out in 2013 after being filmed walking on the streets of L.A. with his boyfriend, says he won’t be watching another Manny Pacquiao fight following the boxer’s recent comments regarding gay people.

I applaud Nike for terminating Manny Pacquiao's contract after his derogatory statements that gay people are worse than animals.

Fans of all walks of life including gay fans supported May/Pac fight putting $100M in his pocket. I guess to him their money is still green.

I won't be watching another one of Manny Pacquiao's fights.

Nike dumped Pacquiao on Wednesday after the boxer-turned-politician sort of apologized for remarks he made saying that gay people are worse than animals. Pacquiao, a current member of Philippines’ House of Representatives who is now running for one of 12 seats in the country’s senate, made the remarks in a TV interview.

Said Pacquiao: “It’s common sense. Do you see animals mating with the same sex? Animals are better because they can distinguish male from female.” He added, “If men mate with men and women mate with women they are worse than animals.”

After being dumped by Nike, Pacquiao posted a message to Instagram citing a verse from Leviticus which calls for men who have sex with men to be put to death.

Shortly after EJ came out of the closet, Magic Johnson gave a lengthy interview in which he said he would be there to protect his son if the need arose.