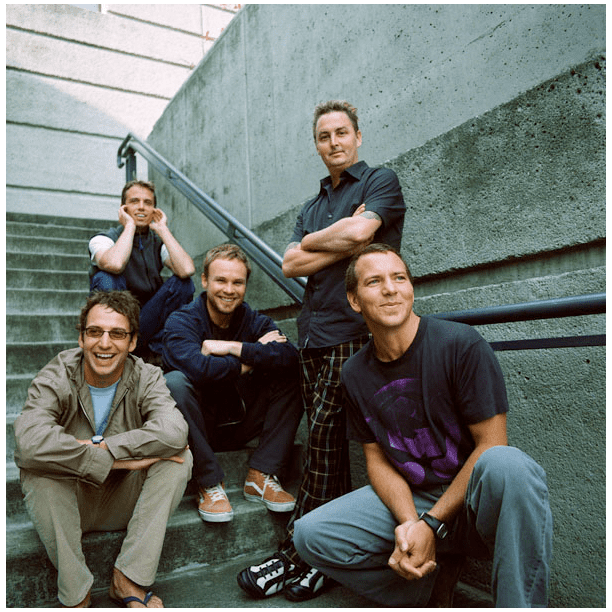 Pearl Jam has becomes the latest in a string of musical performers to cancel a show in North Carolina as a result of the state’s newly approved anti-LGBT law, HB 2.

The band said in a statement posted online,

It is with deep consideration and much regret that we must cancel the Raleigh show in North Carolina on April 20th.

This will be upsetting to those who have tickets and you can be assured that we are equally frustrated by the situation.

The HB2 law that was recently passed is a despicable piece of legislation that encourages discrimination against an entire group of American citizens. The practical implications are expansive and its negative impact upon basic human rights is profound. We want America to be a place where no one can be turned away from a business because of who they love or fired from their job for who they are.

It is for this reason that we must take a stand against prejudice, along with other artists and businesses, and join those in North Carolina who are working to oppose HB2 and repair what is currently unacceptable.

We have communicated with local groups and will be providing them with funds to help facilitate progress on this issue.

In the meantime we will be watching with hope and waiting in line for a time when we can return.

With immense gratitude for your understanding,

The group also shared a handwritten version of the letter on Facebook. 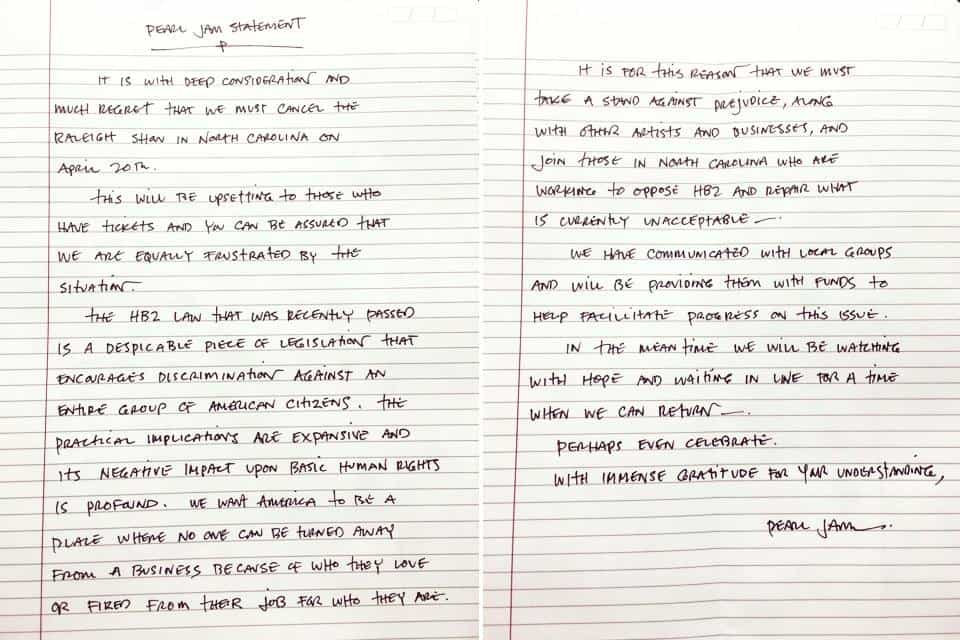 Previous Post: « Gay Pastor Sues Whole Foods for Selling Cake with ‘LOVE WINS FAG’ Written On It – WATCH
Next Post: What To Watch On TV This Week: ‘Game of Thrones,’ ‘Amy Schumer’ Return »