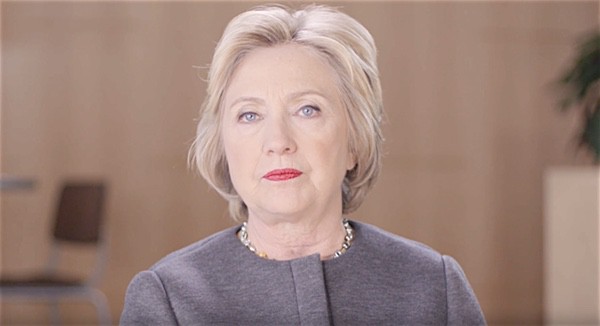 Hillary Clinton called for an end to HIV criminalization in a video recorded for attendees at the HIV is Not a Crime convention in Huntsville, Alabama this week.

Clinton urged the U.S. to increase research, expand access to PrEP, and bring down the cost of prescription drugs. She promised to reform outdated and stigmatizing criminalization laws and “enforce civil rights laws to fight HIV-related discrimination, stigma, and injustice.”

The conference unites and trains advocates living with HIV and allies in the U.S. about laws criminalizing PLHIV and teaches strategies and best practices for repealing those laws

“We started about an hour late, but she stayed well beyond our budgeted 45 minutes — over an hour, in the end. A frank exchange. It was a first step in what we all agreed would be an ongoing process with her campaign. No surprise — she’s an HIV wonk.”