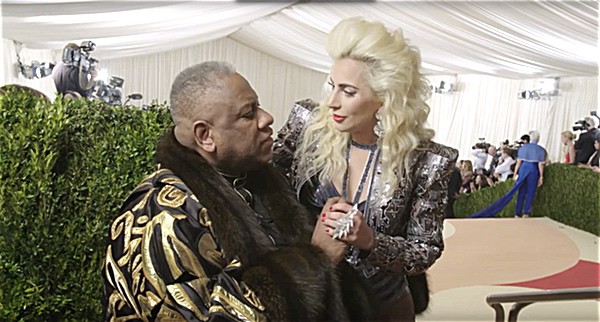 The Metropolitan Museum of Art Costume Benefit aka The Met Gala or “the party of the year” in New York City took place last night and the hosts were chairwoman Anna Wintour, Apple design chief Jony Ive, Taylor Swift, and Idris Elba.

The theme was Manus x Machina: Fashion in an Age of Technology, which is the name of the annual blockbuster costume show the party coincides with at the Met. Tickets are $30,000 each, much of it covered by corporate sponsors.