POPULISM. Obama rips Donald Trump. “They don’t suddenly become a populist because they say something controversial in order to win votes. That’s not the measure of populism. That’s nativism, or xenophobia, or worse. Or it’s just cynicism….Let’s just be clear: Somebody who labels ‘us versus them’ or engaged in rhetoric about how we’re going to look after ourselves and take it to the other guy — that’s not the definition of populism. Sorry.” 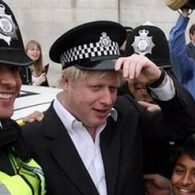 BREXIT. Boris Johnson says he’s not running for Prime Minister: “In a speech in London – billed as his campaign launch – Mr Johnson said he did not believe he could provide the leadership or unity needed. It comes after Justice Secretary and fellow Brexit campaigner Michael Gove’s surprise announcement on Thursday morning that he would run for leader. Home Secretary Theresa May is among the candidates.”

WAR WHOOP. Conservative ‘shock jock’ Howie Carr introduces Trump, mocks Elizabeth Warren’s Native American heritage. “He probably won’t be chastised by the Trump campaign. After all, the candidate himself has referred to Warren as “Pocahontas” and blatantly refused to accept or care that many Native Americans might find that offensive.” 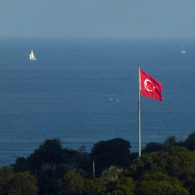 ISTANBUL. Bombers were from Kyrgyzsstan, Uzbekistan, and Russia. “No group has claimed responsibility for Tuesday’s attack. Turkish news media reported that the attackers had rented an apartment in Istanbul’s conservative Fatih district, and neighbors had complained about a suspicious chemical smell coming from the building. At least one man left his passport at the rental property, according to the privately owned Dogan News Agency. The airport reopened on Wednesday morning with additional security measures in place.”

ITALY. European Court of Human Rights says country violated rights of gay couple: “The European Court of Human Rights said Monday that Italy violated the rights of gay couple for refusing to grant a residence permit to a New Zealander who wanted to live with his Italian partner in Italy. The court ordered Rome to pay damages of 20,000 euros. The ruling will become definitive in three months if none of the parties appeal.”

CATFISH DADDY. Nev Schulman’s going to be a father.

DELUSIONAL HARLEM HATE PASTOR. James David Manning says he’s thinking of buying the Mellon Bank: “The Bank Of New York Mellon, which has $28 trillion in custodial assets and has a market value of $42 billion, is the holder for the federal tax lien against Harlem’s infamous hate church.”

Previous Post: « A Whopping 80% of Voters in This Arkansas City Endorsed Anti-LGBT Discrimination on Tuesday
Next Post: NHL Commissioner: League Is Ready for a Gay Player »