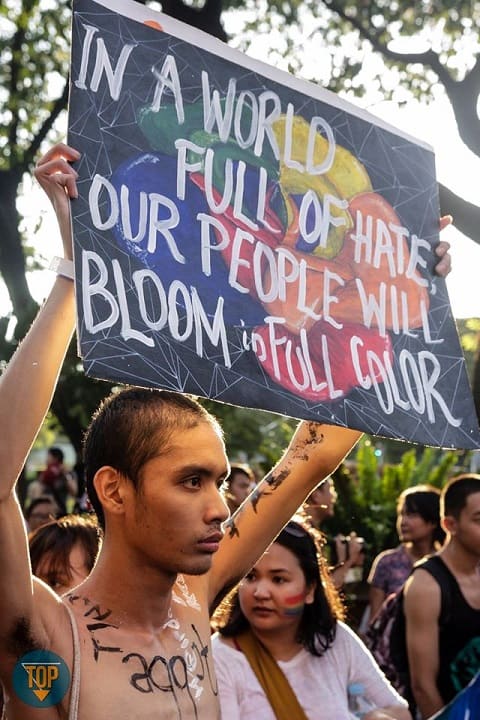 While the likes of Texas minister Donnie Romero were celebrating the death of “perverts and pedophiles” in the Orlando massacre, Christian groups in Manila, Philippines joined forces with LGBT groups for the 22nd Metro Manila Pride last Saturday.

"We condemn all kinds of hate crimes." End hate. #LetLoveIn

Joining government officials on the march were members of the National Council of Churches in the Philippines, MCCQC – Metropolitan Community Church of Quezon City and students from the University of the Philippines Manila and Diliman campuses.

The groups marched with banners including “LGBTindig: Kabogin ang Diskriminasyon & Kaharasan” (“LGBT stand up: End Discrimination and Violence”) and “None of us are free until all of us are free.”

Watch some clips from Metro Manila Pride below.