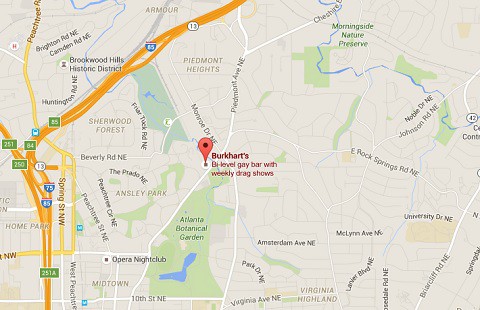 Atlanta police are investigating reports of an armed robbery outside a gay bar last Sunday evening.

The attack happened at Burkharts Pub on Piedmont Avenue.

According to police, the masked and armed suspects pulled up outside the bar, forced a group of men to the ground and stole an undisclosed amount of cash from the victims.

One of the victims Tripp Barrett told CBS46.com:

“Pretty much everyone who frequents the club is a member of the LGBTQ community. I do believe that had something to do with it. I also believe they may have been waiting for the bartenders to get off work because they know they’d have a pocket full of cash.

However, officer Lukas Sajak said today “there’s nothing in the investigation that would lead us to believe that they were targeted” [because they are gay].

Police have as yet not identified any suspects.