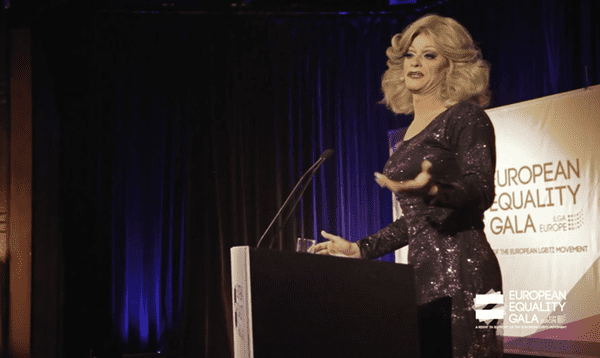 Back in 2014, Panti, aka Rory O’Neill, made headlines when she appeared on stage in Dublin following a performance of James Plunkett’s 1913 Lockout drama The Risen People to give an impassioned speech about prejudice and homophobia. That appearance followed a series of controversies that culminated in state broadcaster RTE making payments to a number of anti-LGBT activists after O’Neill accused them of being homophobic.

At the ILGA event, Panti noted:

“Since when did homophobic become the worst thing you could call someone? There’s a very easy way to stop people suggesting you might be a homophobe and that is to stop actively campaigning for gay people to be treated differently to everybody else.”

On the subject of Orlando, Panti had this to say:

You can watch the speech below, along with Panti’s 2014 “noble call” and a trailer for documentary The Queen of Ireland below.