We’re told Robert Sepulveda Jr. — the “Finding Prince Charming” bachelor — got the bombshell news early on during taping, and we’re told the reveal will become a focal point. Our sources tell us producers think the show will resonate with straight and gay viewers, and educate the audience.

As for the reveal itself — we’re told it was emotional and Robert was supportive of the cast member.

The show’s already been taped, but no word on whether the HIV positive guy was chosen after opening up about his diagnosis.

Said Bass: “It is true…All of us know someone that is living with HIV, and I think the stigma is still really bad out there – people are just so uneducated about it. To us, obviously it doesn’t matter at all, we’ve been around it so much, but I think this is really going to educate a lot of people. I’m excited for people to watch it, especially this episode.”

“For me, it’s like: Is someone HIV-positive not worthy of love? That’s really the question, and it doesn’t matter to me. ‘Prince Charming’ would be accepting of anyone, and that’s how I am….Again, me being ‘Prince Charming’ – the guy that everyone’s vying for their attention – I’m not going to not date someone because they’re HIV-positive. That’s ridiculous. It’s really a stigma that we have to resolve now.”

Sepulveda Jr. also called the show, in which a slate of male “suitors” compete for his attention, “a step forward in LGBT entertainment” which is “going to help the LGBTQ community.” 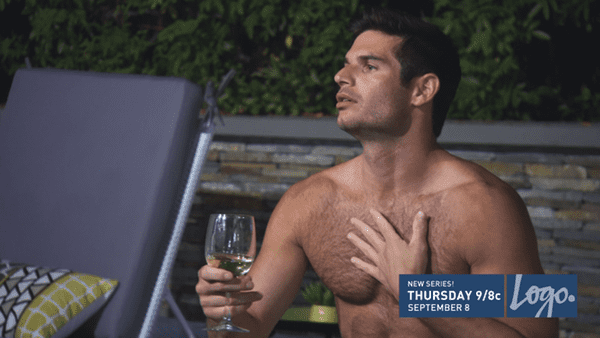 Addressing the question of possible hook-ups among the suitors, Sepulveda Jr. added: “It was a thought, but if the guys fell in love with each other, then more power to them! But I appreciate the guys staying true to the fact that they were here for me and they were here finding love, and I think they did a really good job.”