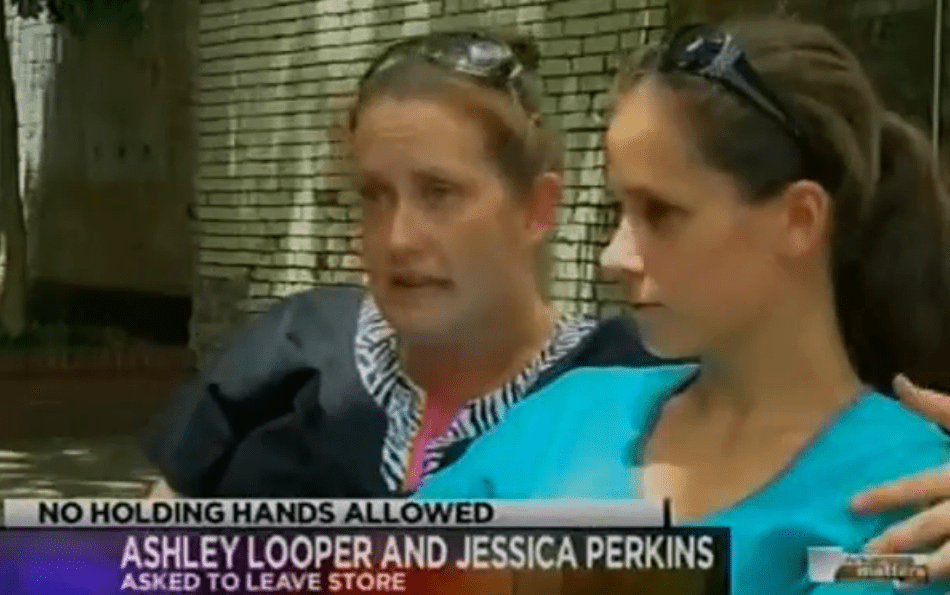 Saying he’s “a family person” and would have done the same thing if they had been “regular people,” an Arkansas store owner asked a lesbian couple to stop holding hands in his business on Saturday.

Ashley Looper and Jessica Perkins, who’ve been together since January and recently got engaged, were shopping together at Spa City Treasures, a flea market and antique store in Hot Springs. Although they were holding hands, Looper and Perkins said they weren’t being “handsy” or disrespectful — or even hugging or kissing. Nevertheless, store owner Steve Salyers began following them around and eventually asked them to stop. 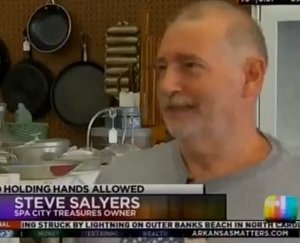 “I’m a family person so I want this to be a family store,” Salyers told KARK-TV. “It’s like I wouldn’t want to take my kids to a strip club or something.”

“I just felt like they were just doing something that was inappropriate to have kids around,” he added. “It would have been the same whether it had been regular people or not.”

Salyers didn’t ask Looper and Perkins to leave, but the couple put back their merchandise and stormed out.

“Love is love, and no one else should be able to say anything about it,” Looper said. “I don’t judge people for who they’re with. We don’t want to be judged for who we’re with.”

Looper and Perkins said they want to get the word out in the LGBT community that Spa City Treasures discriminates. And apparently it’s working, as hundreds of people have flooded the business’ Facebook page with negative reviews.

Sayers said people can write what they want, but he’s not a homophobe.

“I’m a Christian,” he said. “I have nothing against them [Looper and Perkins]. I just think they overreacted.”
Hot Springs is one of several Arkansas cities that have passed laws prohibiting LGBT discrimination, despite state lawmakers’ effort to ban such ordinances. However, Hot Springs’ law applies only to city employees and vendors, not public accommodations.
Watch KARK’s report here.

Previous Post: « Samantha Bee Recaps the DNC: ‘Vote for Hillary If You Want to Live’ – WATCH
Next Post: ‘RuPaul’s Drag Race All Stars’ Is Back, and Queens Will Be Lip-Syncing for Their Legacies: WATCH »