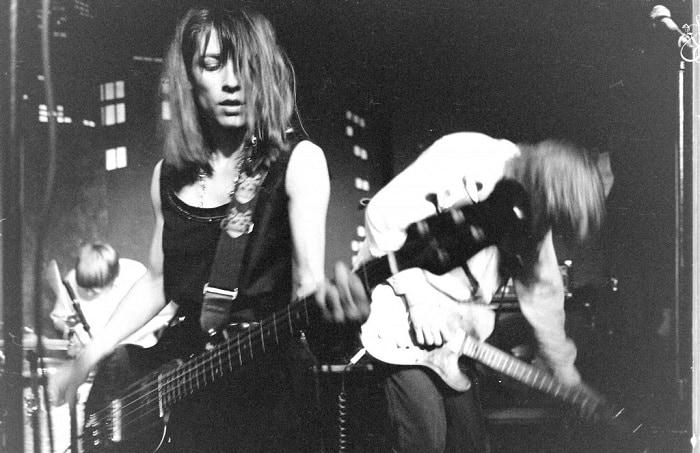 It’s music silly season so this week in New Music: Crystal Castles make a comeback with a new frontwoman and it’s thankfully business as usual, a 1986 instrumental oddity from Sonic Youth (above) and another instrumental (mesmerizing) oddity from Alt-J drummer Thom Sonny Green. 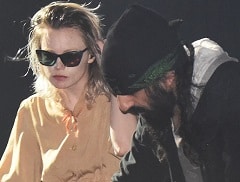 Amnesty (I) is Crystal Castles‘ first album without frontwoman Alice Glass. Considering the band is basically a duo, it was hard for fans to see how the project could continue without the presence of Glass. However, like many acts before them, Glass was the public face of producer and multi-instrumentalist Ethan Kath’s vision so it makes sense for him to continue with new vocalist Edith Frances.

That is not meant to denigrate the importance to Glass to the project but it’s interesting to note that Kath has not been deterred or sidetracked. In fact, Amnesty (I) is so similar in many ways to previous album (III) it’s essentially business as usual. A good thing for fans, a signal from Kath that he’s still on the ball but perhaps just a little but too similar. Nonetheless, this is another excellent entry into Kath’s impressive body of electro pop scuzz. 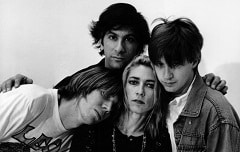 Another week, another cash-in release from a band that’s long since gone far beyond mere legend. Or is it? Well, no. However Spinhead Sessions, while actually “new” material, is just a series of instrumental pieces the band made together in 1986 as part of a movie soundtrack project.

Spindhead Sessions is therefore not what non-obsessives will think of as Sonic Youth material. There must be very, very little left in the rare/unreleased Sonic Youth cupboard at this stage that releases like this are lapped up by hardcore fans.

The 16 minute opening track “Ambient Guitar & Dreamy Theme” is just that, a dread-laded exercise in soundtracking that gives way to some light release towards the end. “Theme With Noise” is not so much about noise or a theme as such, and short tracks like “Wolf” are interesting, that one in particular because you can hear influences from the likes of The Cure and Robin Guthrie.

Nobody – and I mean nobody – is going to pretend Spinhead Sessions is any more than a curio for major fans. Because it’s Sonic Youth that in itself is enough to garner interest and with the likelihood of the band doing a Pixies and reforming, this is the best you’re going to get before the inevitable flow of “best of”s etc. 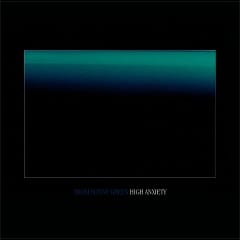 Thom Sonny Green is none other than the drummer with Alt-J. Alt-J is a pretty decent band so what to expect from him in the back? While Radiohead’s Phil Selway surprised probably everyone except himself with his two solo albums (first one excellent, follow-up pretty good actually) to date, Green is far more introspective.

Apparently recorded in hotel rooms on tour over three years – which does sound a pretty miserable existence – and paired with his anxiety issues, High Anxiety is 22 instrumental pieces all of which are massively claustrophobic, often irritating but at its best (“Huston” and “Beach” for example) utterly compelling for fans of genre.