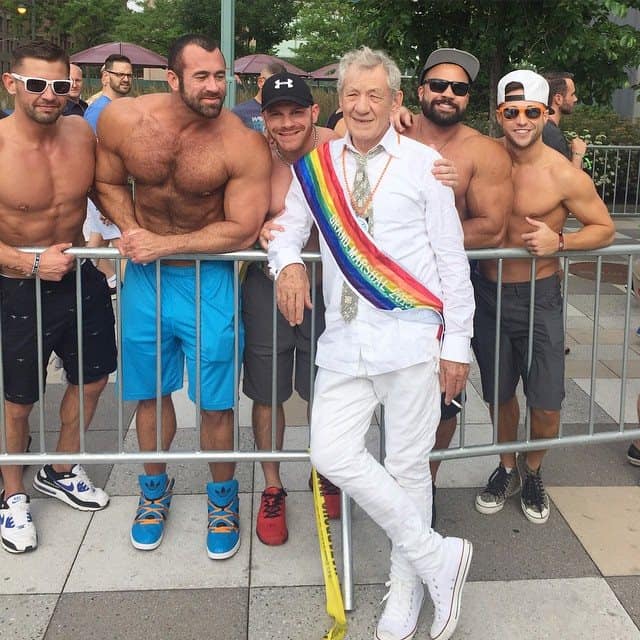 In an interview he and BFF Patrick Stewart did with The Evening Standard, McKellen and Stewart talked about their penchant for each playing warrior-types throughout their careers.

“I’ve probably played even more military men than Patrick. Gandalf is a soldier, Magneto is a soldier, Richard III, Coriolanus, Macbeth. And I think the reason is because I want my revenge on them all…The people who start wars, perpetuate them and glory in them. ‘God save our gracious Queen, send her victorious?’ I’m sorry. What does that mean?… If that’s what masculinity is then I don’t want any part of it at all.”

Turning from military men to sexuality, McKellen added, “I think gay men are more masculine than straight men. Because, guess what? They love other men!…So when bully boys say: ‘Faggot!’ you say, ‘That’s right, I’m with the boys.’”

McKellen also commented that both he and Stewart have lately been hard up to find roles they can sink their teeth into: “If there was a good script around, whether the characters were both straight or gay, we’d be up for it wouldn’t we, Patrick?” To which Stewart replied, “Oh, absolutely.”