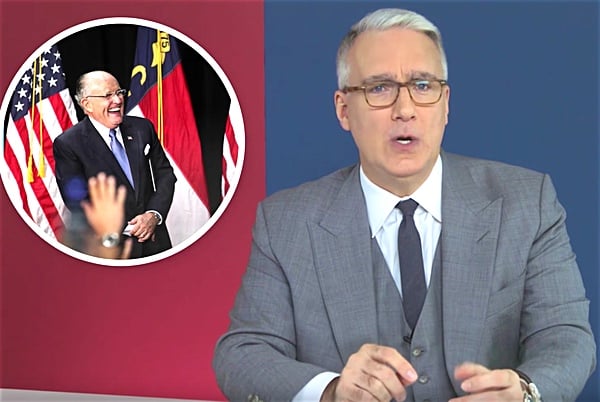 In his second video for GQ, Keith Olbermann eviscerates (as only Olbermann can eviscerate) Rudy Giuliani for attacking Hillary Clinton’s health, calling out his hypocrisy and sad manners:

“Rudy, do you even remember when you ran for president yourself starting in 2006, when you were still considered a short term survivor of prostate cancer? Do you remember anyone then saying it was disqualifying in any way? Do you remember anybody saying that the possibility of recurrence or the chance that you might have cancer anywhere else in your body, that that might make you unfit to seek the highest office in the land? Did any of your opponents have the gall to attack you over your own health? Did any of your opponents do that when you were first diagnosed? While you were running for the senate seat for New York? Who were you running against again? Oh right, Hillary Clinton.”

“For crying out loud, Hillary Clinton has been campaigning with pneumonia since at least last Friday, and making more sense than Donald Trump has in his entire campaign. How’s her health? She’s frickin’ Wonder Woman!”

Previous Post: « Popular Web Series ‘My Gay Roommate’ Launches Kickstarter to Fund TV Pilot – WATCH
Next Post: Gay Marriage is Legal in Mexico, but Mexicans are Still Fighting Over Whether it Should Be Allowed »