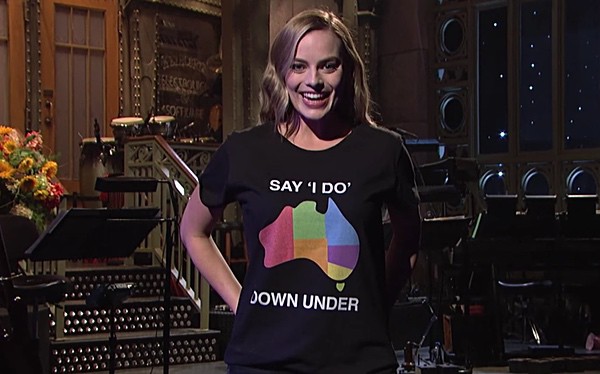 SNL host Margot Robbie wore a “Say ‘I DO’ Down Under’ t-shirt as she introduced The Weeknd’s second performance on Saturday night. It was a brief but meaningful gesture from the Australian actress, who this year starred in The Legend of Tarzan and Suicide Squad.

Australia’s Prime Minister Malcolm Turnbull has been pushing for a public referendum on the issue but has been opposed by the legislature and LGBT rights groups, who want a parliamentary vote on the issue.