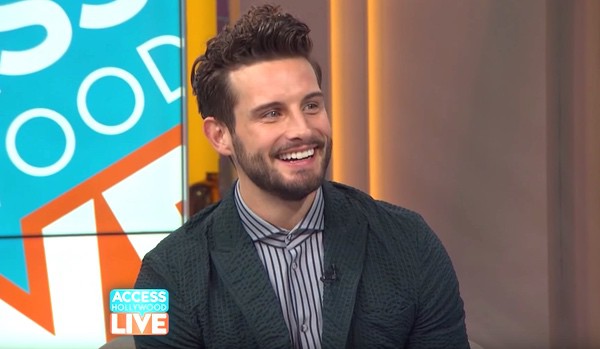 Nico Tortorella, who plays Sutton Foster’s younger boyfriend on TV Land’s series Younger and launched a successful podcast, The Love Bomb, earlier this year, sat down with Access Hollywood to expound on his sexual fluidity.

Tortorella came out as “sexually fluid” earlier this year.

The hosts ask him what that means.

Says Tortorella: “It means I do whatever I want whenever I want it. And I don’t really have a problem with it!”

“I think everybody has the right to do what they want and be the person that they want to be as long as it’s effecting positive change in the world.”

“I just love people,” he adds.

He also reveals that when it comes to dating, women are more difficult. The hosts agree.

Look, a lot of people don’t think that the way that I live my life is a real thing, that it exists, that having a broad spectrum of sexual orientation is even possible. I get told all the time on social media. God forbid you open up a Reddit article. But it comes with it, you know? I’m not trying to redefine sexuality or humanity or say that my answer is right and yours is wrong. I’m just happy with who I am. I am driven by love and I have been in love with a handful of different people, men and women. It’s like, if you go to a bookstore and you know exactly what kind of book you want, you have to look it up in the system because it’s in a specific section of the bookstore. I fit into a handful of sections in the bookstore.