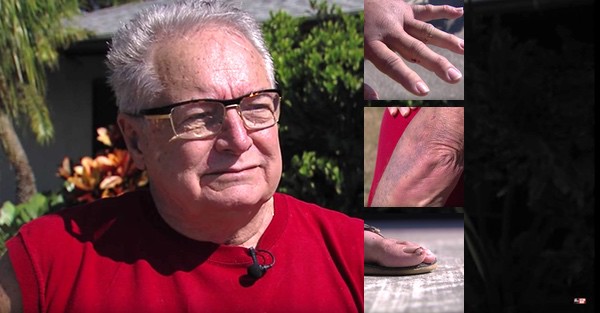 A 75-year-old Sarasota, Florida resident says he was followed home after dropping off his friend by a man who assaulted him after he stopped in front of a neighbor’s house.

Chuck Redding alleges that he was pulled from his car, and beaten on the pavement, ABC Action News reports:

“He yanked the door open, dragged me out, ripped my shirt. I was on the pavement,” said Redding.

His arm is now badly bruised, his hand cut and swollen to twice its normal size, his knee scraped, and part of his toe ripped. Redding says the driver had clearly taken note of his marriage equality and rainbow bumper stickers.

“He kept saying, ‘You know my new president says we can kill all you faggots now,'” Redding said.

Redding, who showed his cuts and bruises to ABC Action News, says he is now getting a conceal and carry permit.

Redding says the suspect was a Hispanic man with a beard, driving a dark colored Jeep Cherokee. He tried to run after the SUV, but it sped off  backwards down the street so he couldn’t catch a license plate number.