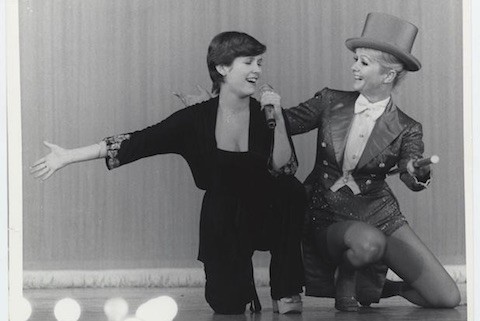 Remember how we all bitched about Finding Prince Charming? (Or was that just me?) Well, remind yourself that straight dating shows are just as bad (if not worse) with the return of The Bachelor tonight at 8 p.m. Eastern on ABC.

It’s the same old song and dance when the TV musical Nashville moves from ABC to its new home on CMT. Rayna (Connie Britton), Juliette (Hayden Panettiere) and the rest of the gang make the jump (along with Chris Carmack’s gay singer Will Lexington) with the remainder of season five starting Thursday at 9 p.m. Eastern.

Get the tissues ready: HBO moved up the premiere of the Carrie Fisher/Debbie Reynolds documentary Bright Lights following the stars’ recent deaths. Dive deeper into one of the most beloved mother-daughter pairs Saturday at 8 p.m. Eastern.