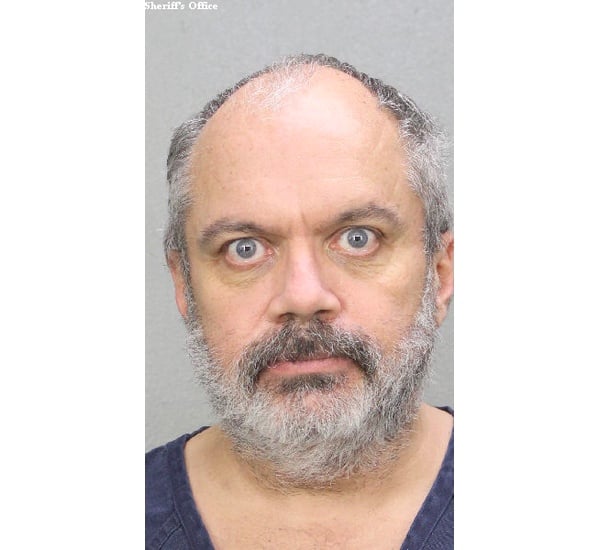 The decision to drop the case against Craig Jungwirth comes about six weeks after prosecutors publicly acknowledged in court that the evidence against him was “weak.”

Jungwirth, 50, of Orlando and formerly of Wilton Manors, has been jailed since early September.

Prosecutors did not elaborate on the reasons for the decision in court records.

Prosecutors are legally barred from pushing ahead with a case if they don’t believe they would be able to prove their allegations in court.

Jungwirth had left this message on the page of a Facebook user in late August, threatening the attack:

More details of an affadavit released by the FBI were reported by 7News Miami:

Earlier this year we reported on Craig Jungwirth – a man who took over the Beach Bear Weekend event in Florida and used it to solicit and scam money from unsuspecting members of the LGBTQ community. What began as a story of hisharassment of the Sisters of Perpetual Indulgenceexploded after information surfaced that not only were the events listed for his Beach Bear Weekend event fake but also all hotel bookings through the event website didn’t actually reserve local hotels (as they’d never spoken to Jungwirth or any event organizers).

Jungwirth faced up to five years in prison, three years of supervised release and a $250,000 fine if convicted.

At a Nov. 15 hearing in federal court in Fort Lauderdale, Anton told a judge that prosecutors had determined the evidence against Jungwirth was “weak” and circumstantial. But he said at the time that investigators were continuing to work on the case.

Investigators were not able to link the alleged threat to Jungwirth, who they said has about 59 Facebook profiles. One theory they were considering was the possibility that he had posted the threat from another profile.

The case could be picked up again if evidence came in that makes the case stronger.