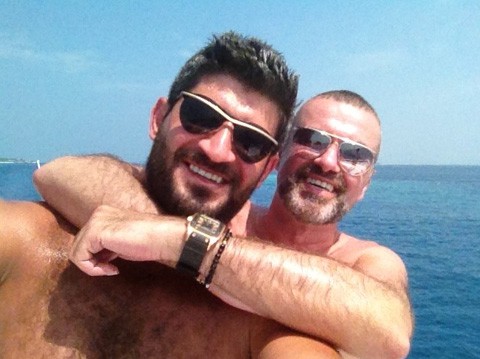 George Michael’s lover Fadi Fawaz, who found the singer dead on Christmas day in his Oxfordshire home, closed his Twitter account after a series of messages appeared on it suggesting that Michael had committed suicide. 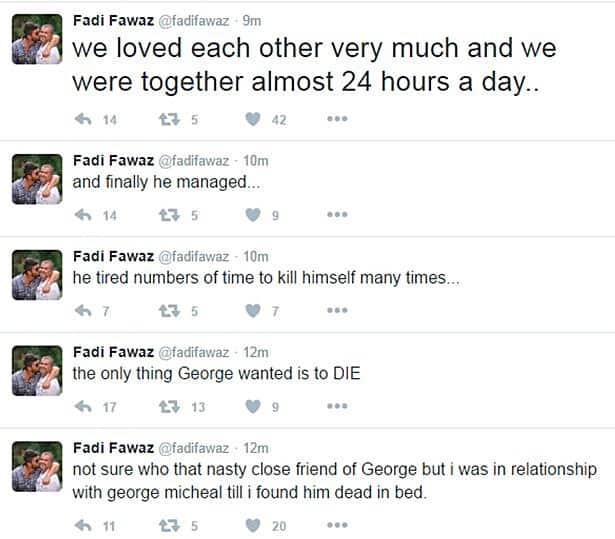 Fawaz told the UK Mirror: “I am shocked with what’s going on with the Twitter thing. My Twitter account has been hacked and closed…It’s a bit scary to be honest. I did not send those tweets. I woke up at 11.30am to the news. I am not going to worry about these things.”

Meanwhile, singer Boy George found himself under fire after reacting to the statements by Fawaz by suggesting that Fawaz was lying about the hacking and comparing it to bisexuality. Said George in a tweet (since deleted): “Ok. ‘My computer got hacked’ is like ‘I’m bisexual’ or ‘I’m sniffing because I have allergies!”

My tweet was not directed at you? How big is your ego right now? Lot's of people use 'bisexual' when they really mean 'gay. https://t.co/zWfS3PMe86

I love a bisexual. I ride a bicycle! https://t.co/9qXDSSmYcO

Previous Post: « Federal Judge Blocks Obamacare Transgender Protections One Day Before They Would Have Taken Effect
Next Post: Pat McCrory Takes a Few Last Desperate Shots at HB2 Opponents as Door Slams on His Governorship »