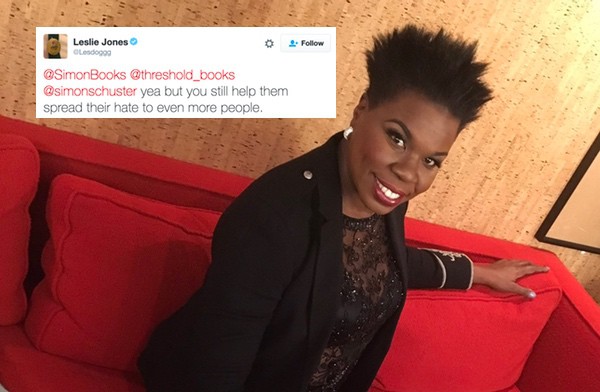 Jones, who was the target of the racist vitriol which got Milo banned from Twitter, tweeted on Monday in response to the publisher’s defense of the deal.

Simon & Schuster had defended the deal with Milo in a December 30 statement, claiming it does not condone discrimination or hate speech but says it does not bear responsibility for Milo’s opinions.

Tweeted Jones: “yea but you still help them spread their hate to even more people.”

yea but you still help them spread their hate to even more people.

I literally want to put hands to a jaw right now. So tired of stupid people!! And I can't say shit cause if I do I'm the "bitch"!!

Previous Post: « Debra Messing Throws Cold Water on Leslie Jordan’s ‘Will & Grace’ Announcement
Next Post: Say Something Loving: Listen to the New Track from ‘The xx’ »