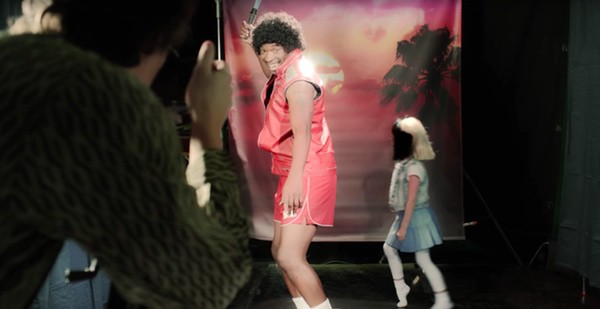 Head back to the ’80s and the days of big hair, garish get-ups, and cheesy mall portraits in Sia’s lyric video for “Move Your Body”.

The clip was directed by Lior Molcho who has directed her videos “Alive” and “Cheap Thrills” along with videos for Alanis Morisette, Enrique Iglesias, and Stone Temple Pilots.