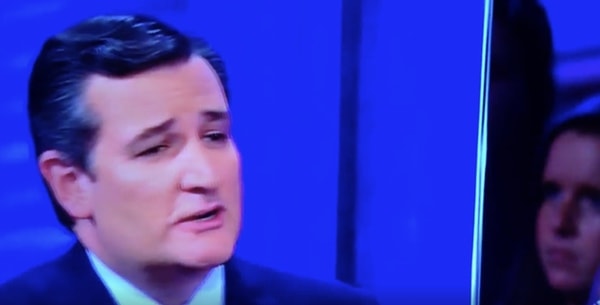 Ted Cruz is so awkward he just congratulated a woman on her struggles with MS pic.twitter.com/aIGPS2PioQ

While answering her question, the Texas senator congratulated her not once, but twice.

“I don’t know a single person with a chronic illness who wants to be congratulated for living with it,” wrote user Sarah Jones.

“Congratulations Ted Cruz on your struggle with being a human being,” tweeted another user.

Or how bout, good luck on dealing with the health care program Republicans want to shaft you with?

And here’s the debate in 90 seconds: