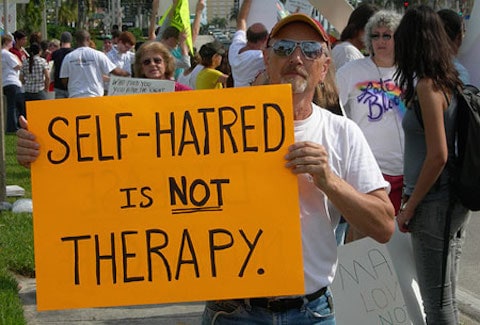 ABC’s 20/20 is set to air an investigation into the harmful practice of gay conversion therapy on Friday evening.

Conversion therapy is a discredited mix of psychological treatments and faith-based counselling aimed at changing a person’s sexual orientation.

Treatments in the past have included chemical castration, hormonal therapy, electroshock therapy, the use of nausea-inducing drugs and masturbatory reconditioning.

ABC also explores a conversion therapy program in Alabama in which Christian pastors were convicted of child abuse following allegations of beatings administered to teens who resisted efforts to change their sexual orientation.

“As a Christian, I believe that the Bible teaches that to choose to engage in homosexual conduct is a sin.

“If someone is experiencing something mentally, like same-sex attractions, that is causing distress, then that’s a mental health issue.”