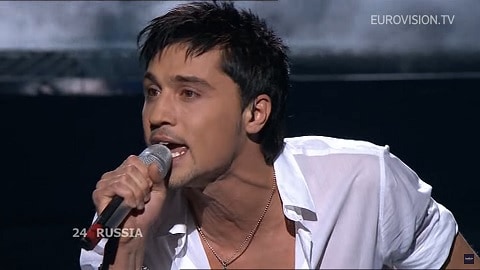 With three weeks to go until semi-final one, Eurovision organizers have announced that Russia has been banned from this year’s contest.

Since first taking part in the Eurovision in 1994, Russia has become one of the competition’s most successful participants with one winner and a number of second and third placings.

However, host country Ukraine’s secret services have banned singer Yulia Samoylova from entering the country because she had toured in Crimea following Russia’s annexation of Crimea in 2014.

According to the Belfast Telegraph, the European Broadcasting Union (EBU) had suggested Samoylova could perform live from Russia. However, state-owned Channel One declined and has refused to broadcast the competition.

This is the not the first time Russia has run afoul of the EBU. In 1998, the country three it’s dummy out and declined to participate because of crappy results in previous years. The following year the EBU banned Russia from taking part.

The Eurovision final takes place on May 13th in Ukraine.