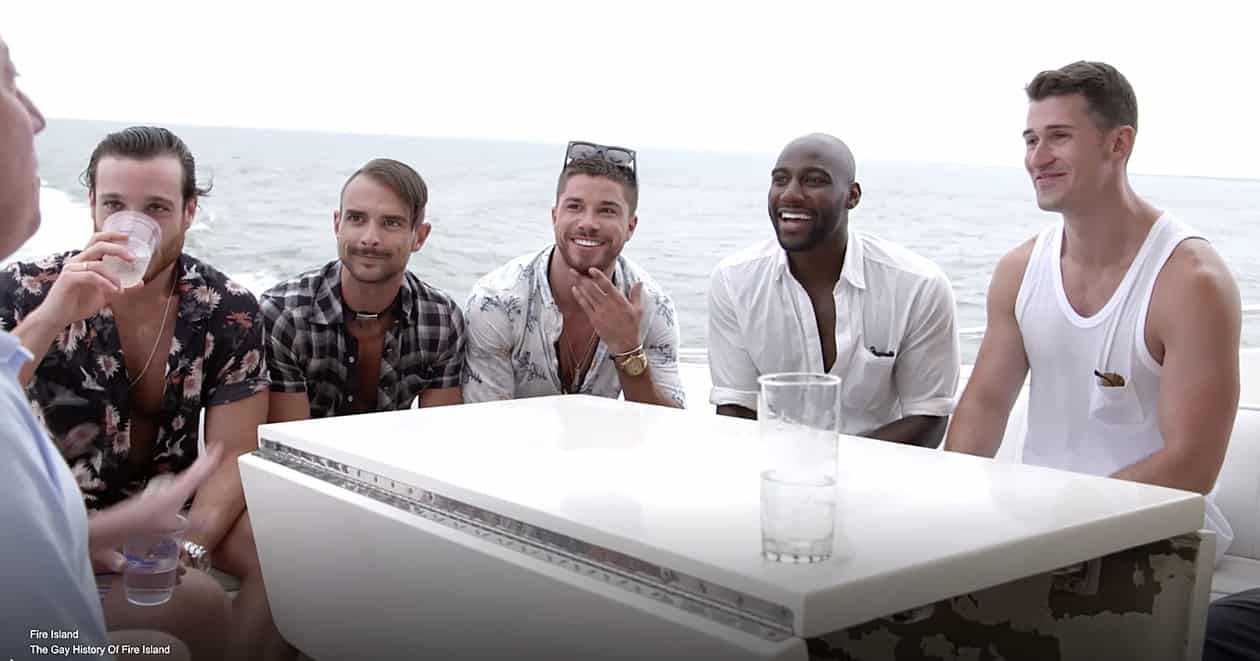 Tonight is the two hour premiere of Logo’s Fire Island reality show and a new clip from the series has debuted which features the cast talking about the history of the summer getaway with a longtime gay couple, aboard their yacht.

“When I first came out in the ’80s,” says one of the men, speaking of Fire Island’s idyllic isolation. “You felt safe dancing with men or holding hands in the street where in Manhattan you didn’t feel that.”

“It’s the only place in the northeast where you’re really in the major majority,” says the other.

There is, of course, Provincetown.

And the cast learns a bit about longterm relationships as well.

Towleroad’s Bobby Hankinson will be doing recaps of the series. Tune in tomorrow for the first one.