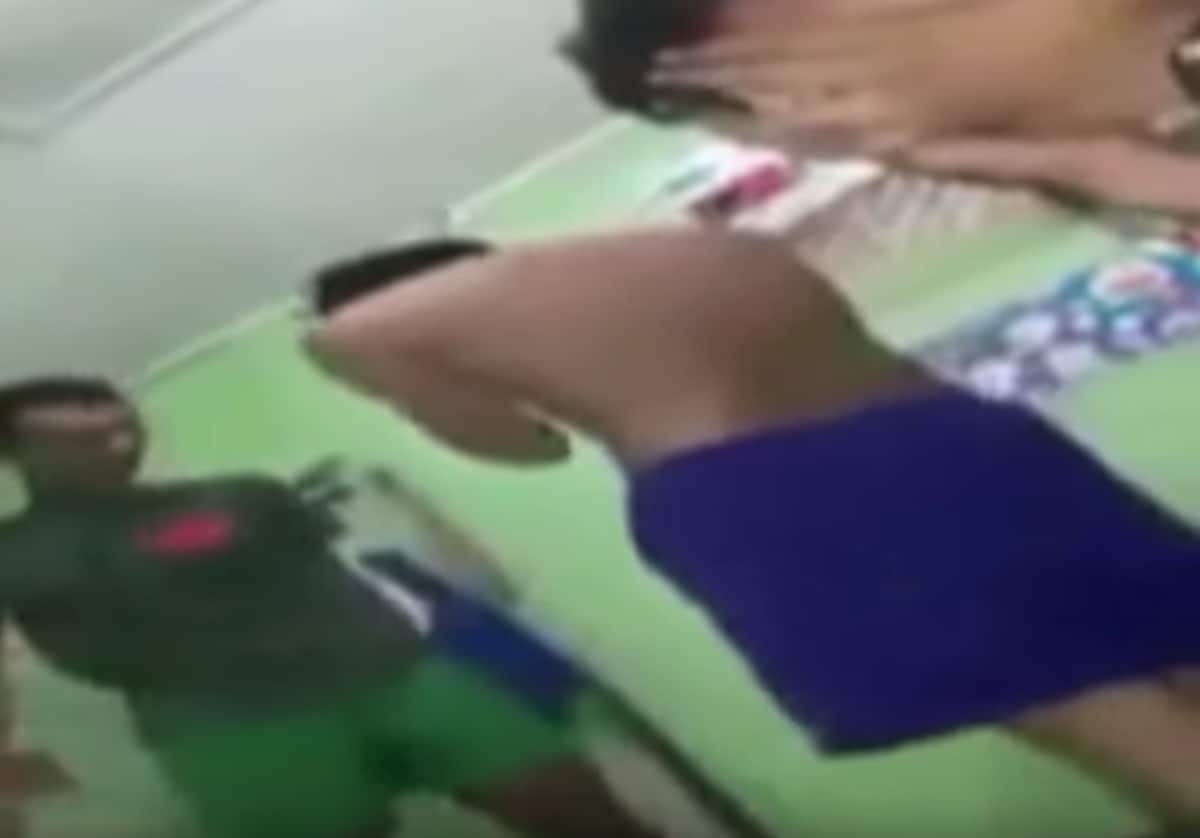 Over the weekend we reported on the disturbing arrest in the Aceh province of Indonesia, of two gay men in their 20s who were discovered having sex. The men now face a brutal caning of 100 lashes under Sharia law punishment.

Human Rights Watch is calling for the men to be released:

“The arrest and detention of these two men underscores the abuse imbedded in Aceh’s discriminatory, anti-LGBT ordinances,” said Phelim Kine, deputy Asia division director at Human Right Watch. “These men had their privacy invaded in a frightening and humiliating manner and now face public torture for the ‘crime’ of their alleged sexual orientation.”

Cell phone video footage of the raid, apparently shot by one of the vigilantes and circulating on social media, shows one of the two men visibly distressed as he calls for help on his cellphone. “Please brother, please stop,” one of the men says in the video. “My parents want to talk to you, they can pick me up.” Aceh’s Sharia ordinances empower members of the public as well as the special Sharia police to publicly identify and detain anyone suspected of violating its rules.

Aceh’s codes have worsened over the past 10 years says HRW:

Over the past decade, Aceh’s parliament has gradually adopted Sharia-inspired ordinances that criminalize non-hijab-wearing women, drinking alcohol, gambling, and extramarital sexual relations, all of which can be enforced against non-Muslims. Aceh’s LGBT population is also vulnerable to Aceh’s 2014 Criminal Code that bars liwath (sodomy) and musahabah (lesbian sexual action). Aceh province imposed the Sharia punishment of multiple lashes of a cane against 339 people in 2016.

Anti-LGBT incidents across Indonesia have significantly increased since January 2016 and included police raids on suspected gatherings of gay men, attacks on LGBT activists, and vitriolic anti-LGBT rhetoric from officials and politicians. In October, President Joko “Jokowi” Widodo broke his long silence on escalating anti-LGBT rhetoric by defending the rights of the country’s LGBT community. He declared that “the police must act” against actions by bigoted groups or individuals to harm LGBT people or deny them their rights, and that “there should be no discrimination against anyone.” However, Jokowi has not backed up that statement with action.

“President Jokowi should urgently intervene is this case to demonstrate his stated commitment to ending discrimination against LGBT people,” Kine said.  “Jokowi then needs to act to eliminate Aceh’s discriminatory ordinances so these outrageous arrests don’t happen again.”