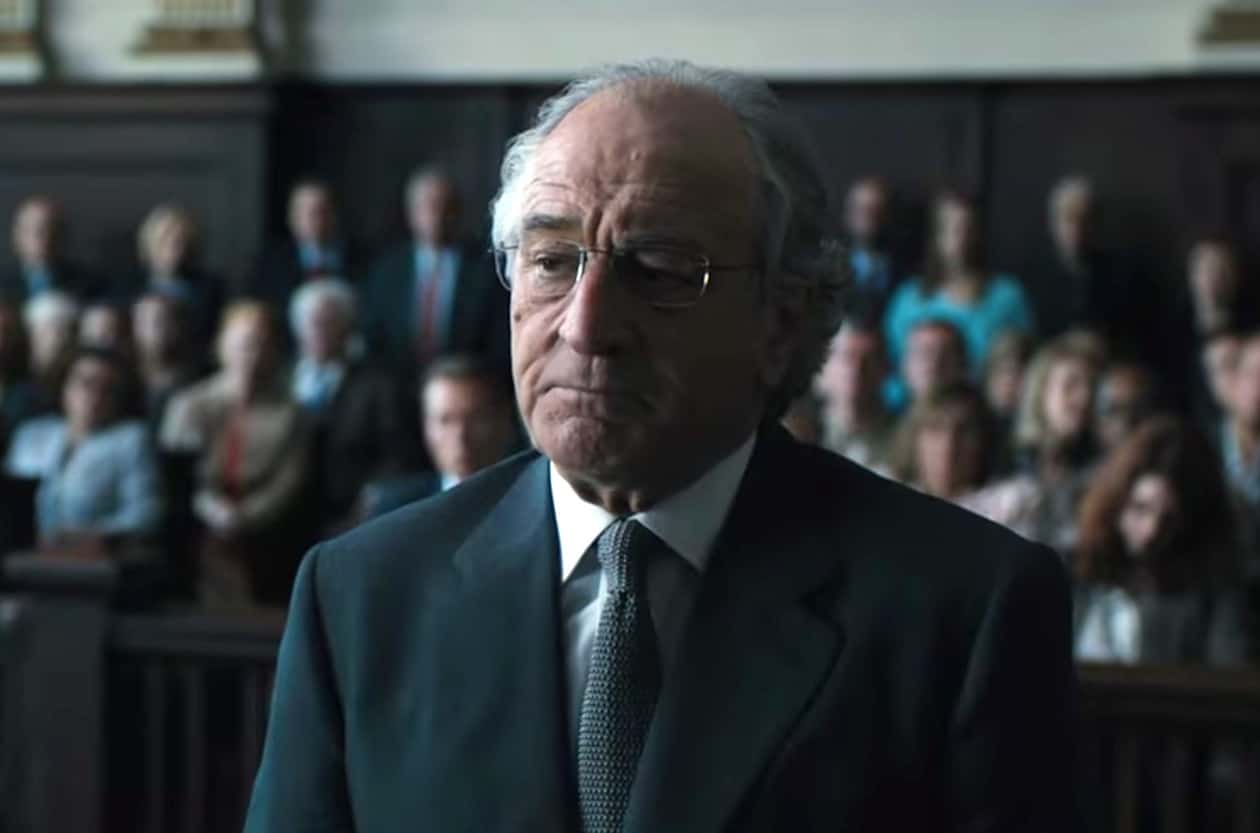 A dramatic retelling of the Bernie Madoff Ponzi scheme story is coming in May from HBO and we just got a look at the trailer for Wizard of Lies, which features the choice casting of Robert De Niro and Michelle Pfeiffer as the couple grappling with Madoff’s sickening crime.

Bleeding Cool has more on the film:

The film’s creation is itself a family affair as it is being directed by veteran filmmaker, Barry Levinson (Rain Man, Good Morning Vietnam, and Wag the Dog), with a screenplay by Levinson’s son, Sam Levinson. Sam’s only prior writing credit was also for his first directorial effort, the 2011 Another Happy Day.  Wizard is based on the book of the same name by New York Times reporter, Diana Henriques. Diana was the investigative lead on the paper’s investigation into the scheme and she held the first interview with Madoff in prison. Diana will be playing herself in the film.