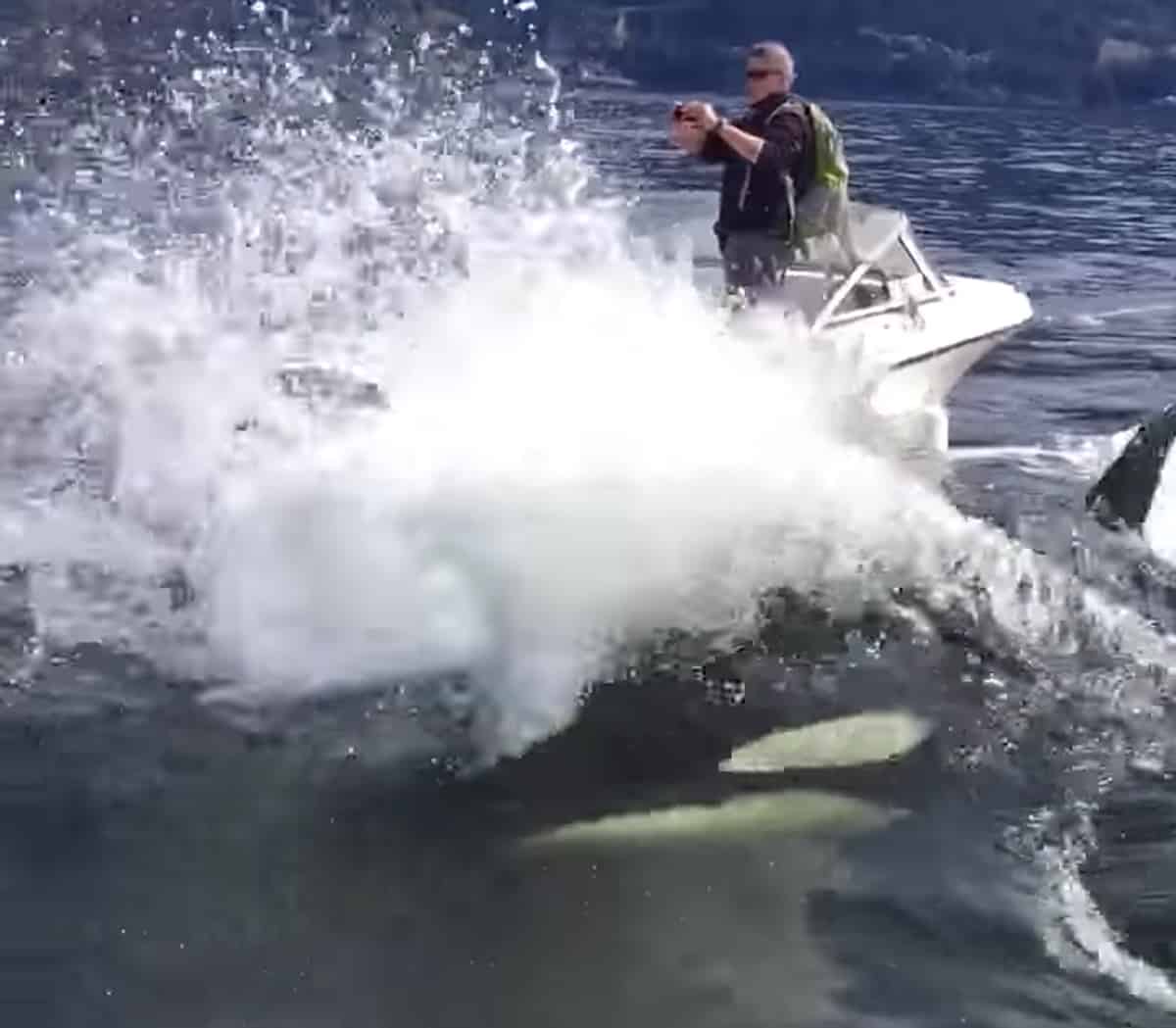 Two boaters in British Columbia were rocked this week when they found themselves caught in the middle of an orca sea lion hunt.

The man who shot the clip described how he ended up there:

“I was boating out near Bowyer Island in Howe Sound. I saw some whale watching boats, and so I went over to see what was happening. I then from a distance saw some Killer Whales! We watched from a distance for about 30-45min. It wasn’t quite clear what was going on, but then suddenly a sea lion clung onto the boat next to us and the killer whales were in the midst of all the boats! We didn’t dare move our boat for fear that we might hit the whales with the propeller!The guide from the whale watching boat suggested that the other boat, which the sea lion was hanging onto, to move closer to Bowyer Island so that the sea lion could get safely to shore. The other boat followed the guides advice and slowly motored to shore. The sea lion was safe in the end, though clearly a little injured.”