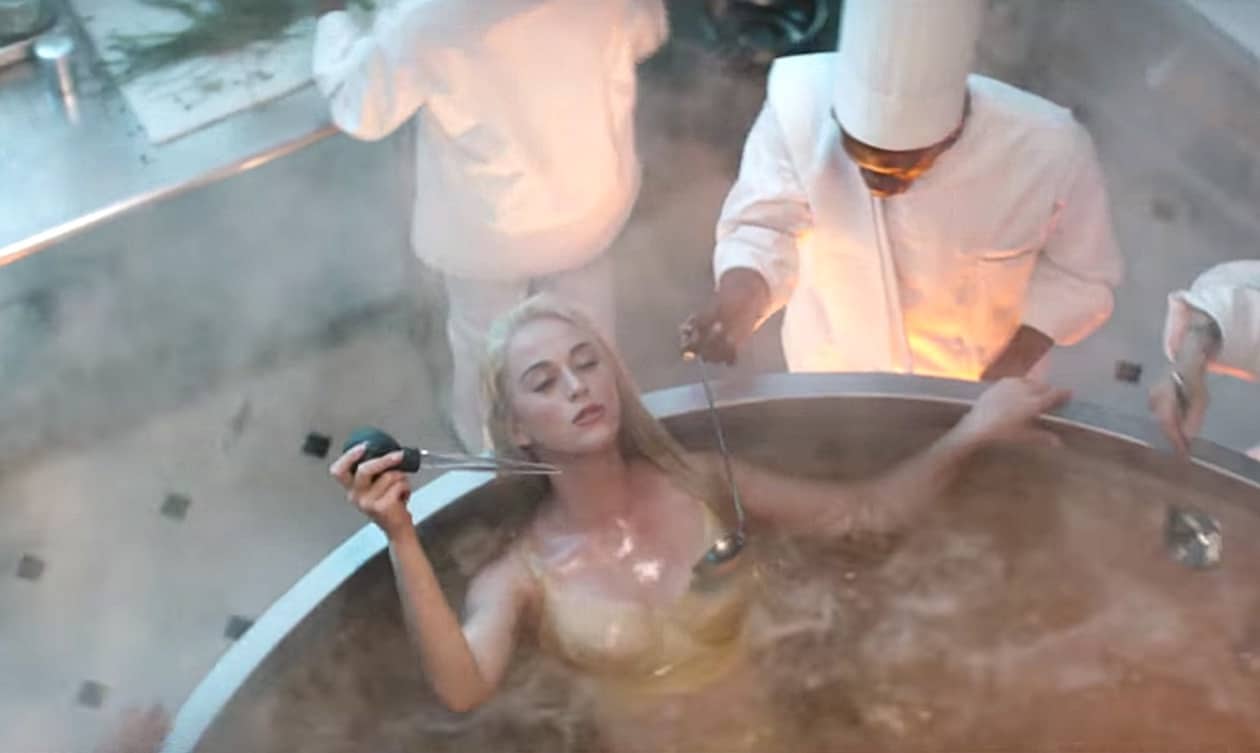 Katy Perry takes her culinary creation “Bon Appetit” into the kitchen in the just-released video.

Some fans were unhappy that she collaborated with Migos, who have been in the headlines lately for remarks they made about a gay rapper.

Migos, the Atlanta-based hip-hop trio that raced up the charts with the hit single “Bad and Boujee” and released the Calvin Harris- Frank Ocean collaboration “Slide” this month, had a strong reaction when asked about iLoveMakonnen, the hip-hop artist who came out of the closet in January.