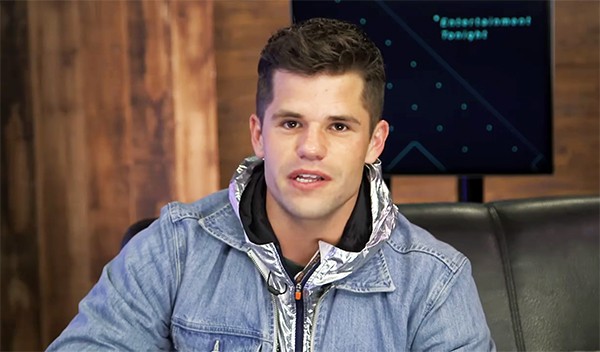 Charlie Carver opens up in the new issue of Attitude about his relationship with his late father Robert Mortensen, who was also gay, and its impact on the actor’s process of coming out publicly last year.

The Teen Wolf and Desperate Housewives star has taken on LGBT-themed roles of late, including in the “ex-gay” critique and biopic I Am Michael as well as the LGBT movement miniseries When We Rise earlier this year. Carver discussed the complicated but ultimately fruitful dynamic he shared with his father, whose sexuality he learned about at the age of 12

Admitting he was initially resentful of his father when he came out, Charlie explains: “In the way that sons and fathers can have beef regardless of [sexual] orientation, it was just something where I wanted to be able to define myself, set my own rules.

“And I felt like I had all of a sudden someone who I was gonna be forced to become, and I didn’t wanna be like him.”

“I think he taught me, in the way that he lived his life, that your sexuality doesn’t define you. It’s an important part of who you are, but he had such a rich life  . . . I think because I was frustrated by what I would call some of his own internalised shame, that it almost became this challenge to really get to the bottom of that quickly, for me.

“It kind of propelled me into being louder and brasher and more experimental. And I think that hurt his feelings sometimes, but I think he was also grateful.”

Of his own decision to come out, Carver explains:

“I’d said to myself if I can’t do this when I’m young, I’m not sure I wanna stay in this business.”

In the issue, Carver also talks about how is he never far from his straight twin brother Max, whom he stars with on the forthcoming MTV drama Blooms about twins who cope with their father’s passing, patterned on their own life story.