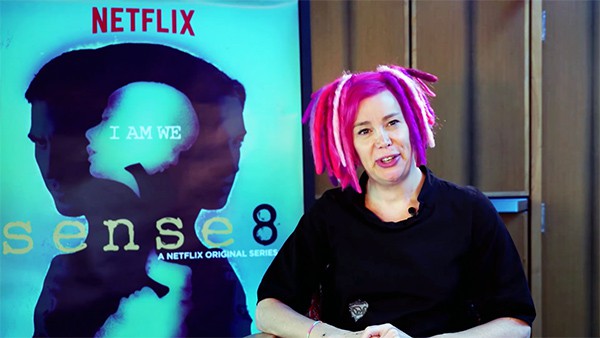 The Wachowskis’ sci-fi Netflix thriller series Sense8, which drew plaudits and gained admirers for its diverse line-up of characters that featured multiple LGBTQ roles, had a near-death experience not unlike those its protagonists often faced when the streaming media provider announced its abrupt cancellation in early June of this year after just two seasons.

The show’s passionate fan base responded with an ultimately effective outcry on social media, seeking explanations for the cancellation and urging a change of heart given the scarcity of diverse representation in the genre of the sort that earned Sense8 the 2016 GLAAD Media Award for Outstanding Drama Series and saw the cast pop up and go native during Sao Paulo’s boisterous Pride parade during filming that year. The cast includes trans actress Jamie Clayton in a trans role and Miguel Angel Silvestre, who steamed up the screen as Lito with his lover Hernando (played by Alfonso Herrera) during the character’s gradual and high-profile journey out of the closet.

Lead director Lana Wachowski, who herself identifies as transgender, was thrilled to announce a few weeks later that the series had earned a new lease on life in the form of a two-hour special set to air next year, giving the show and its multiple complex storylines a chance for some closure.

Now she and the show’s core cast of eight members, who lent the series the numeral in its name and in the show are psychically linked due to sharing the birthday of August 8 among other developments, issued a heartfelt thank-you video to the fans for their efforts that was uploaded to the official Netflix YouTube channel on that very date.

Entertainment Weekly sums it up as follows:

In a touching video posted Aug. 8 — the sensates’ collective birthday — creator Lana Wachowski and a slew of cast and crew members from around the world celebrated the Netflix drama’s surprise revival for a finale special after its second season cancellation, speaking directly to the fans who campaigned for the series to come back. “I think it requires a moment to just take a breath, to appreciate it, to look around and admire the holy s—tness of it all, because what you fans did was quite frankly unbelievable,” Wachowski says. “It happened, you did it, it’s real.”

Wachowski wasn’t the only one to take part in the 15-minute video above. Directors Tom Tykwer and James McTeigue joined in with messages of their own, along with cast members Doona Bae, Jamie Clayton, Tina Desai, Tuppence Middleton, Max Riemelt, Miguel Angel Silvestre, Brian J. Smith, Toby Onwumere, Freema Agyeman, Alfonso Herrera, and more, who happily thanked fans in multiple languages and sang along to — what else? — “What’s Up?”

The video also intersperses clips of the show’s most heartwarming moments. Watch below: