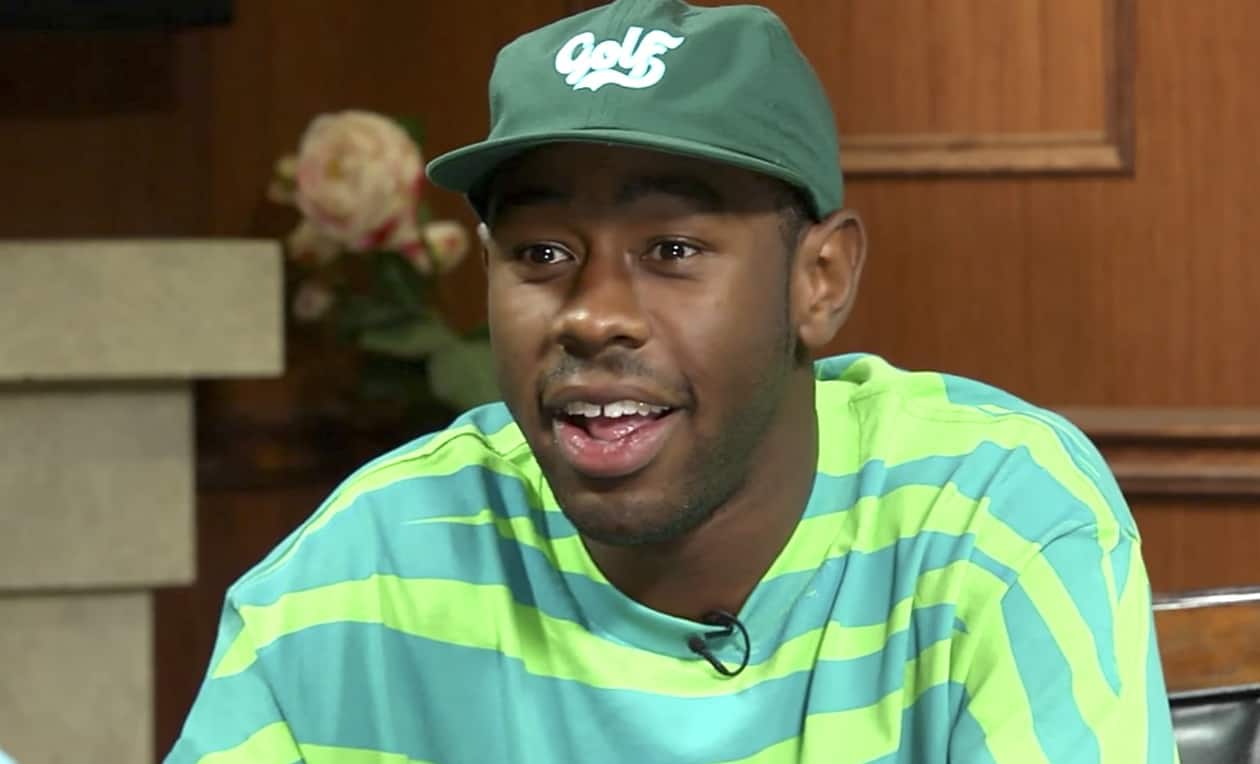 Rapper Tyler the Creator revealed that he had a boyfriend in his teens during an interview on Know Wave’s Koopz Tunes radio podcast.

Said Tyler after the host suggests that he’s more open-minded than he’s been in the past: “I had a boyfriend when I was fifteen in f**king Hawthorne. If that’s not open minded, I don’t know what is.”

While Tyler’s statement is certainly breaking news following all the speculation about his sexual orientation over the past few weeks, the host doesn’t follow-up on it.

Tyler’s new album, Scum F**k Flower Boy, leaked last month ahead of its July 21 release date, and the lyrics to several songs sparked speculation that he was coming out as gay.

The most interesting takeaway from the leak is the album’s lyrics, which can be interpreted as Tyler coming out. As well as pointing out the album’s name itself perhaps being indicative of this, Twitter users highlighted bars such as, “I been kissing white boys since 2004″ on “I Ain’t Got Time,” and the album’s seventh track “Garden Shed,” featuring Estelle, where Tyler raps, “That was real love I was in, Ain’t no reason to pretend” before spitting “All my friends was lost / They couldn’t read the signs / I didn’t want to talk / I tell ’em my location and they ain’t want to walk” later on in the song.

Despite always being one to joke around and poke fun at himself, Tyler’s been playing around with his sexuality for years, with a Tweet back in 2015 seemingly affirming these notions.

He also said this in August of last year in response to a tweet from Kendall Jenner regarding rumors that they were dating:

NOT POSSIBLE, WE'RE BOTH GAY https://t.co/xoCXLyThPv

Also, via Highsnobiety, here are the lyrics to Tyler’s first verse on “Garden Shed” referenced above. They suggest the garden shed is the closet, the Frank reference is Frank Ocean…

Tyler has been creating controversy for years with his lyrics. He used the word “faggot” and its variants 213 times on his debut album and was blasted by GLAAD for homophobic and misogynistic lyrics.

Tyler also told MTV News, in response to the controversy: “Well, I have gay fans and they don’t really take it offensive, so I don’t know. If it offends you, it offends you…If you call me a n—a, I really don’t care, but that’s just me, personally. Some people might take it the other way; I personally don’t give a sh–.”

He later told Arsenio Hall that the word “faggot” is only offensive if you choose to be offended:

”That’s just a word, you can take the power out of that word. The way that I see things, it’s you chose to be offended if you care more about stuff like that. And that might sound very ignorant, but if you’re a black person and someone calls you the n-word and you get offended, maybe you might be. But if I know that I’m not a n-word…I’m not gonna get offended because I know that I’m not that. Frank [Ocean] is gay and I use that word all the time. He doesn’t care because he knows me. He knows when I say that word I’m not thinking of someone’s sexual orientation. It’s just another word that has no meaning.”

In 2015, Tyler began selling a t-shirt on his website under his ‘Golf Wang’ fashion label intended to make a statement against homophobia by appropriating a white supremacist symbol and coloring it with a rainbow. 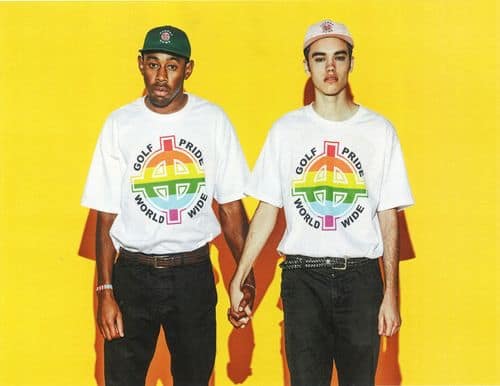 He penned a lengthy explanation on his Tumblr about the shirt:

Here’s what Tyler said about a gay rapper to Larry King in 2014:

Twitter also joined the speculation about whether Tyler was coming out or just trolling:

Tyler has yet to comment on the speculation. The statement about having a boyfriend is his most revealing to date.

Previous Post: « Seth Meyers Unleashes ‘Fire and Fury’ on the Unmasked President: Trump is a ‘Lying Racist’ — WATCH
Next Post: The ‘Putin Shirtless Challenge’ is Prompting Hundreds of Russian Men to Strip Down and Show Off: PHOTOS »