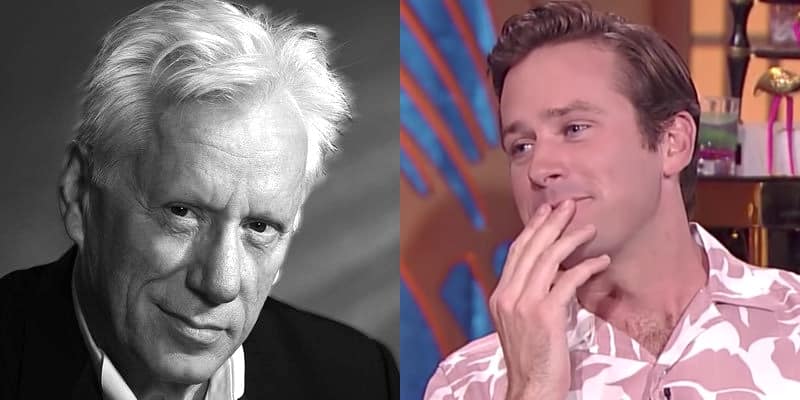 Woods, who retweeted a Towleroad post about the film, which features Hammer as a 24-year old American scholar who attracts the attention of a 17-year-old Jewish-American boy played by Timothee Chalamet, accused the film of “quietly chip[ping] away the last barriers of decency.”

Hammer is right. And, Woods replaced that girlfriend with another 20-year-old when he was 66, one who had recently been arrested for felony drug possession. 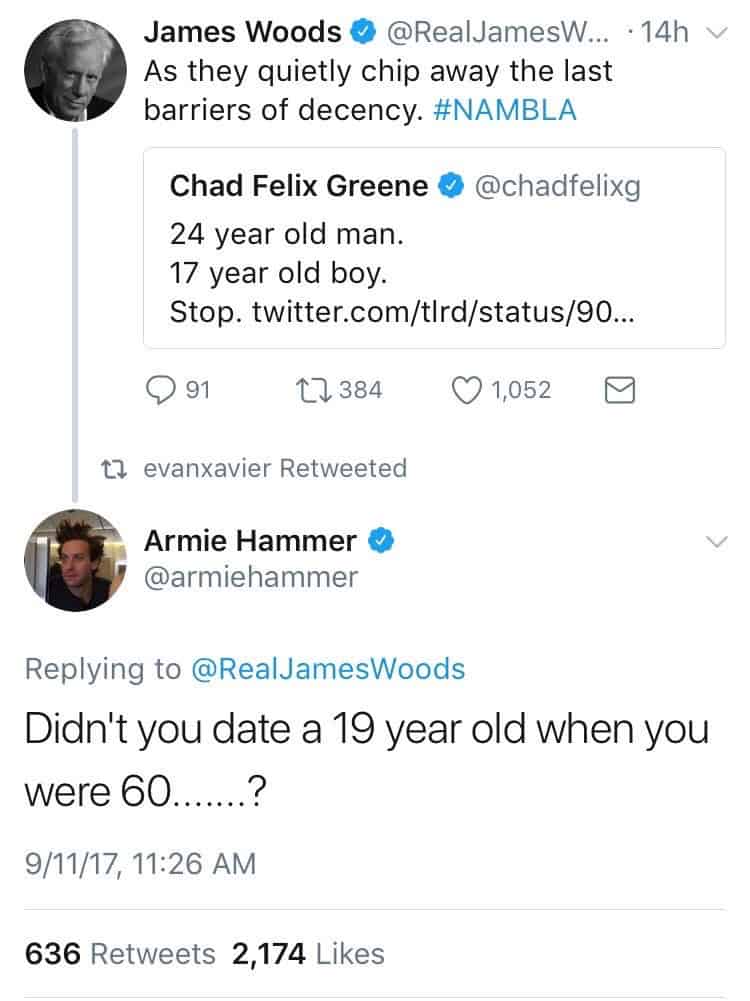