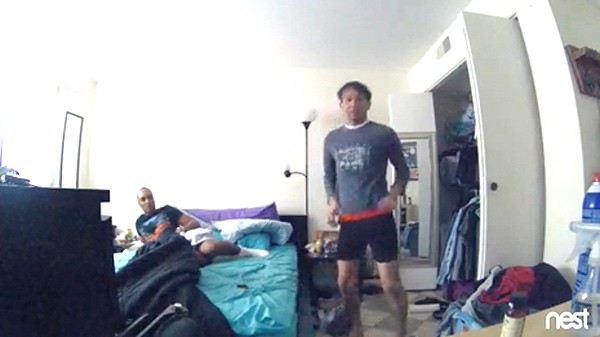 Late last year, we reported that a Colorado couple discovered their landlord having sex with a man in their apartment after receiving a motion detection notice from their Nest camera.

That landlord, Carlos Quijada, has been sentenced to two years in prison.

After Quijada, 39, entered the residence, Pierce received a notification on his phone that the Nest system had detected noise in the apartment.

When Pierce subsequently checked the camera feeds, he saw Quijada and another man inside his bedroom.

Pierce, who provided the X-rated security video to TSG, said that the blue dress used as a post-sex clean-up rag was worn by his wife at the couple’s March wedding ceremony.

“Obviously landlords don’t have the ability to go into tenant apartments and do whatever they want to do,” said Lt. Howard Black with the Colorado Springs Police Department. But this behavior warranted a felony trespassing charge.