Accompanied by 185 mph winds, Category 5 Hurricane Irma is  the strongest Atlantic storm in a decade and is tied for the second strongest on record (the highest on record is 1980’s Hurricane Alan at 190 mph.). Irma is headed for the U.S. East Coast but there are still a variety of paths it could take with the most likely being the east or west coast of Florida.

Preparations are underway in Florida:

Local officials have begun urging people in Florida to leave areas that could take a direct hit from Irma. Miami Dade County Mayor Carlos A. Gimenez said Tuesday that officials could ask some of the county’s 2.7 million residents to begin evacuating as early as Wednesday, calling Irma’s potential impact an “all hands on deck” situation for local officials…

The county has about 80,000 residents and regularly draws throngs of visitors who travel to the Keys, a series of islands off of South Florida and connected to the rest of the state by U.S. 1.

Some maps and images: 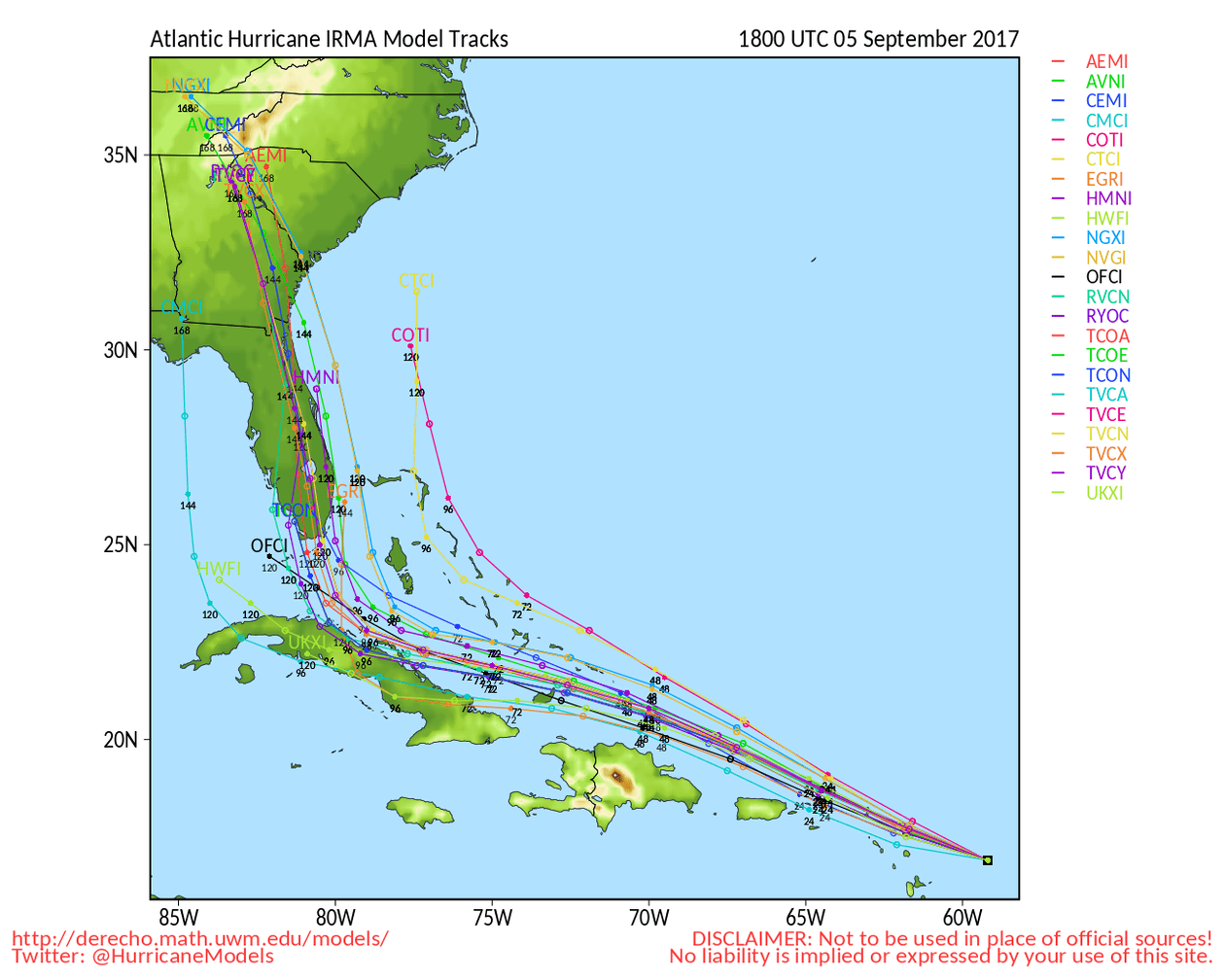 Watch as Hurricane #Irma moves toward the Leeward Islands in this #GOES16 geocolor loop. Get the latest on Irma @ https://t.co/cSGOfrM0lG pic.twitter.com/ixIhkXqVNa

The eye of a category 5 hurricane. #Irma #GOES16 pic.twitter.com/eATVZspJZx

Previous Post: « Russian Politician Calls on Kremlin to Release Compromising Material on Trump: ‘Of Course We Have It!’
Next Post: PrEP Safe for Male Teens, According to New Study »