Ted Cruz On Sex Toys: 'Adults Should Do Whatever They Want In Their Bedrooms' - WATCH - Towleroad Gay News 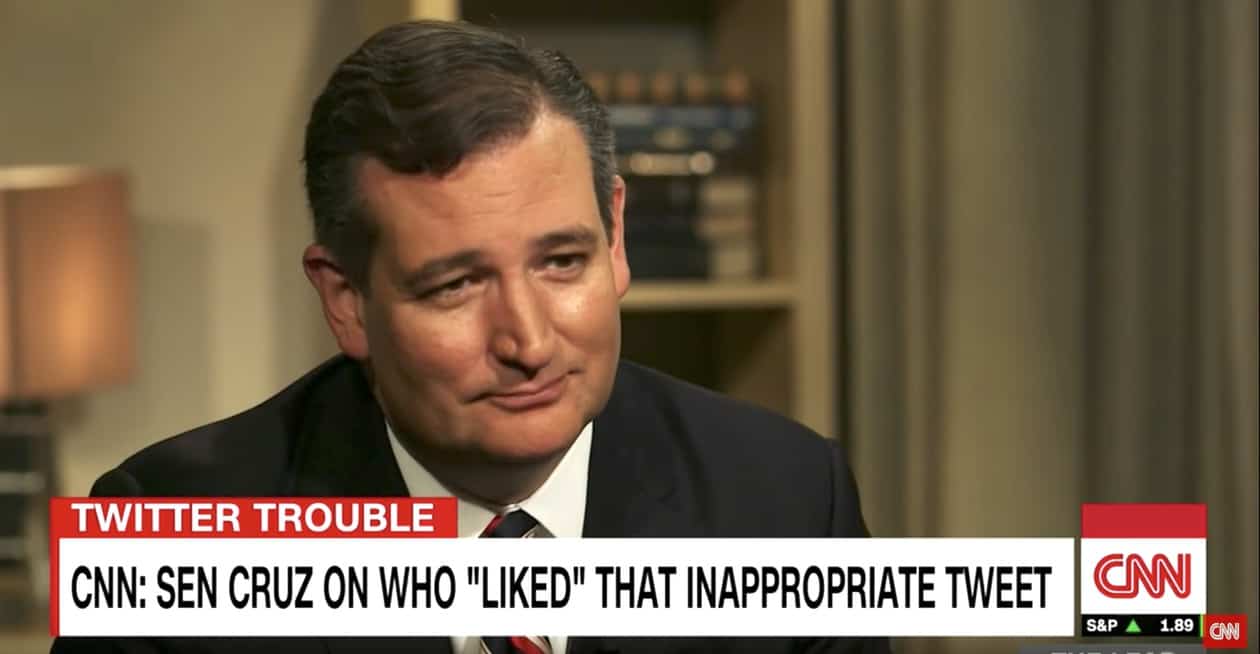 Ted Cruz sat down with CNN’s Dana Bash to talk about the tweet heard ’round the world and his attitude toward consenting adults and sex toys.

When pressed on the irony that he pushed legislation trying to ban the sale of sex toys, Cruz went off on the media and the left:

“I am saying that consenting adults should do whatever they want in their bedrooms. And, you know, the media and the left seem obsessed with sex! Let people do what they want!”

Previous Post: « Henry Rollins and The Shirtless Painter Make Each Other into Works of Art: WATCH
Next Post: ACLU Asks Court for Immediate Halt to Trump Transgender Military Ban »