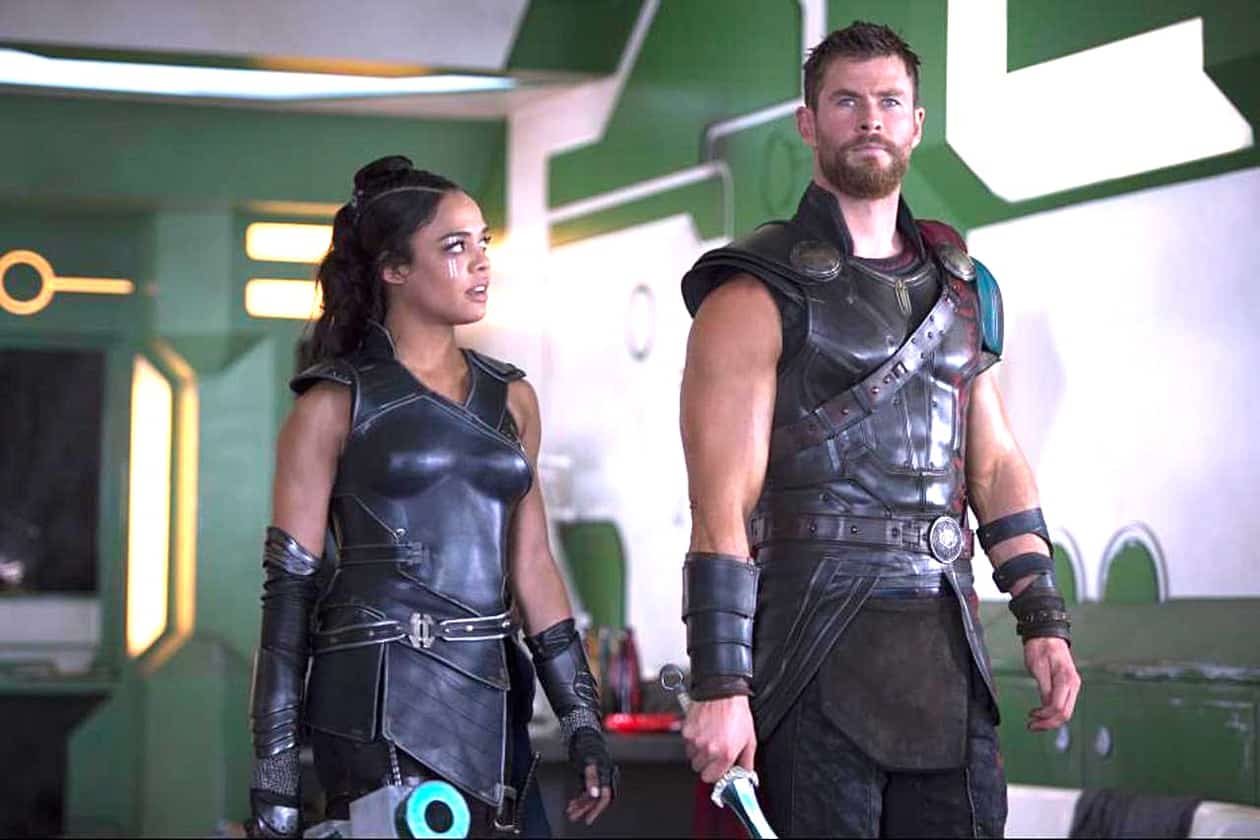 Tessa Thompson, who plays Valkyrie in this weekend’s Thor: Ragnarok said that a scene that would have revealed her character’s bisexuality was cut from the film.

Thompson explained what happened in a new profile from Rolling Stone:

Thompson even summoned the courage to pitch Waititi on making Valkyrie bisexual, based on her comic book relationship with anthropologist Annabelle Riggs. “There’s this great illustration of them in a kiss,” swoons Thompson, and while Valkyrie has yet to meet Annabelle in her Hollywood timeline – and who knows if she’ll get to – she convinced Waititi to shoot a glimpse of a woman walking out of Valkyrie’s bedroom. He kept it in the film as long as he could; eventually the bit had to be cut because it distracted from the scene’s vital exposition.

“There were things that we talked about that we allowed to exist in the characterization, but maybe not be explicit in the film,” admits Thompson. Pay attention to her agony in a flashback where Blanchett’s Goddess of Death murders the rest of Valkyrie’s warrior clan. “There’s a great shot of me falling back from one of my sisters who’s just been slain,” says Thompson. “In my mind, that was my lover.”

Thor: Ragnarok is on track for a massive $116-118 million opening weekend.

Previous Post: « Grindr Responds to Charges by Former Employee That He Was Drugged, Raped by HR Staffer
Next Post: Ed Flanagan Dies at 66, Was First Openly Gay Lawmaker in U.S. Elected to Statewide Office »