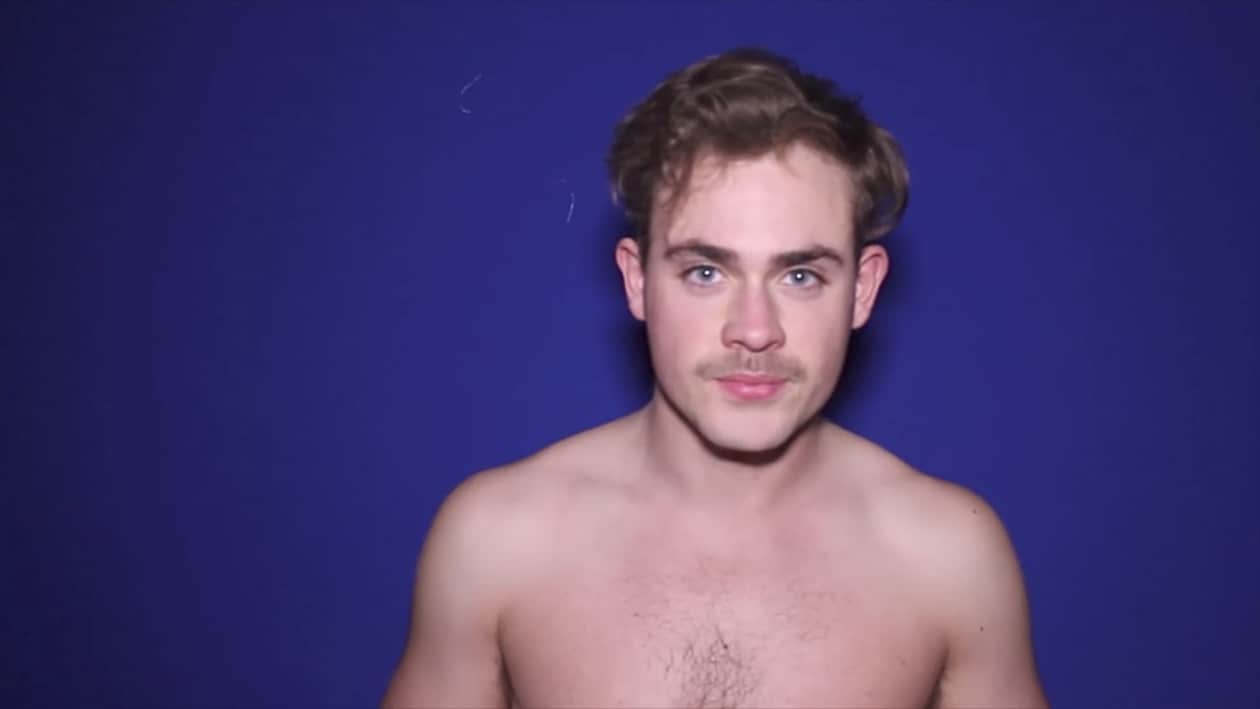 Dacre Montgomery, who plays aggressive and brash Billy Hargrove on season two of the sci-fi drama Stranger Things, shared his audition tape for the show with GQ.

The rumored “insane” audition tape has generated a lot of online chatter and Montgomery says the Duffer Brothers said “it caused a bit of a stir at Netflix” when it was played at a big board meeting.

In any case, the tape worked and it captured their attention.

Montgomery reportedly got in a G-string and danced around for part of the tape (that part is unfortunately not included):

“I think Billy’s kind of unpredictable nature, it’s not like me. It’s obviously not like me to get in a G-string and do that, so I was like, what wouldn’t Dacre do? And when I heard the music, I was like, well, whatever. YOLO [laughs]. Because I think that’s Billy in every way. I get so self-conscious, so it was a nice reprieve from that, to be able to do that at home, during the day, while none of my family was home, and just go for it, to just have that moment of freedom, and be able to show them that I can have that uninhibited freedom. And I was like, Okay, what better way to do that than to oil myself up, put on a G-string, and… yeah.”

Montgomery recently addressed fan theories that his character Billy is gay because of his hostile attitude toward Steve Harrington (Joe Keery).

Montgomery reiterated that Billy’s aggression in the face of other male characters doesn’t stem from racism or homophobia.