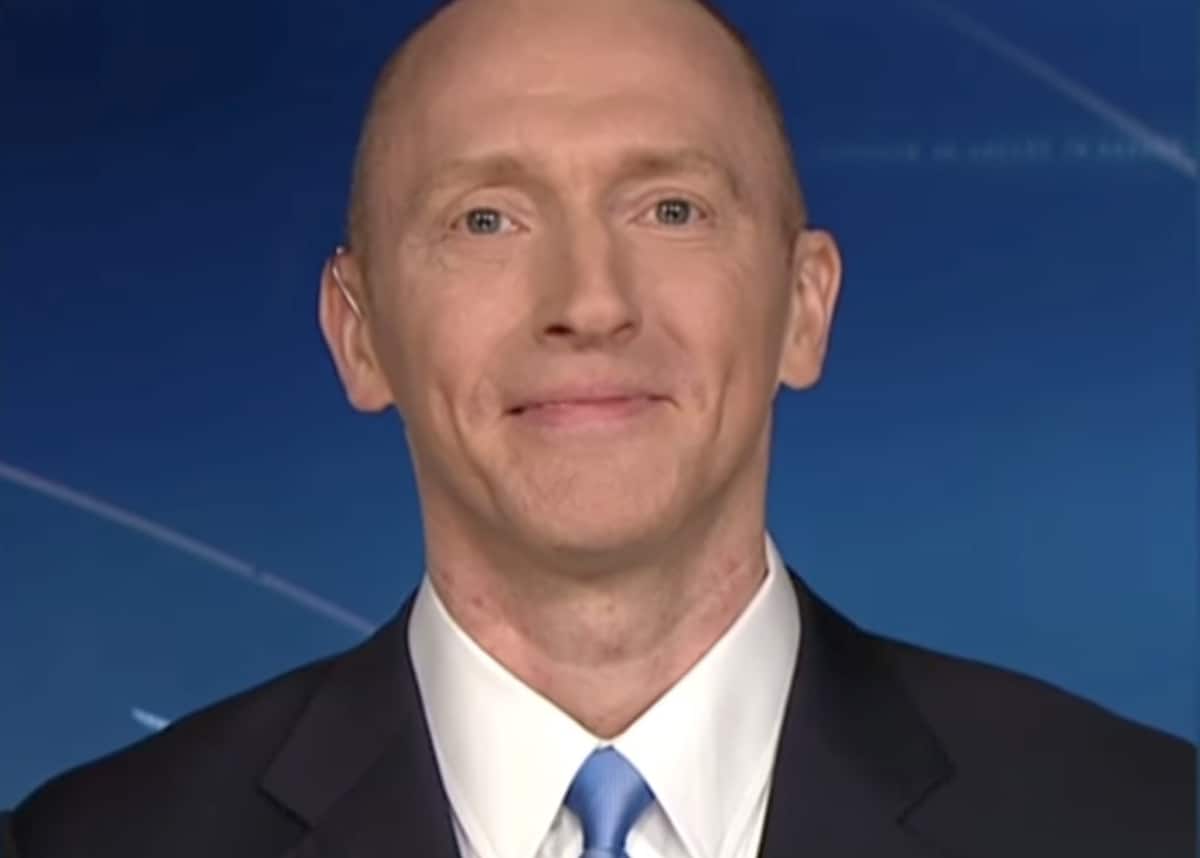 Carter Page, whom this week’s Nunes memo named as the Trump adviser the FBI allegedly received improper court permission to spy on, declared himself an “adviser to the Kremlin” in 2013 according to a letter obtained by TIME magazine:

The letter, dated Aug. 25, 2013, was sent by Page to an academic press during a dispute over edits to an unpublished manuscript he had submitted for publication, according to an editor who worked with Page.

“Over the past half year, I have had the privilege to serve as an informal advisor to the staff of the Kremlin in preparation for their Presidency of the G-20 Summit next month, where energy issues will be a prominent point on the agenda,” the letter reads.

The Nunes memo says the FBI based its request for eavesdropping permission on information provided by former British spy Christopher Steele while Steele was working for Democrats.

House Democrats, the FBI and the Justice Department have all raised questions about what they say are omissions and misleading analysis in the Nunes memo. They argue the FBI presented multiple pieces of evidence, beyond the Steele dossier, in their request for a warrant against Page from the secretive FISA court. But President Donald Trump argued after declassifying the memo that it showed that “a lot of people should be ashamed of themselves.”

Transcripts of former Trump campaign advisor Carter Page’s seven-hour closed door testimony to the House Intelligence Committee in November painted a much more engaged picture of Page’s interactions with Russian officials than he had previously described.

Page told the committee he wrote to Mueller on Oct. 5, explaining that he intends to plead the Fifth Amendment and keep documents related to his work in Russia to himself…

“During many public appearances prior to his November 2, 2017 testimony before the House Intelligence Committee in open session, Carter Page characterized his July 2016 trip to Russia as a private one in which his interactions with Russian individuals were largely confined to the ‘man on the street,’” Schiff said. “In his testimony, however, he was forced to acknowledge that he communicated with high level Russian officials while in Moscow, including one of Russia’s Deputy Prime Ministers. He also admitted notifying the fact of his meetings to his campaign supervisors.

The White House claimed in the spring that Trump didn’t even know page, but Trump hitched himself to the former aide in tweets made on May 31, 2017.

Page’s November testimony confirmed several of the details in the Steele dossier, as Business Insider noted:

Democratic Rep. Adam Schiff confronted Page with an email he wrote on July 8 from Moscow to Trump campaign adviser J.D. Gordon saying that he had received “incredible insights and outreach from a few Russian legislators and senior members of the presidential administration here.”

Former British spy Christopher Steele wrote in the dossier that an “official close to Presidential Administration Head, S. IVANOV, confided in a compatriot that a senior colleague in the Internal Political Department of the PA, DIVYEKIN (nfd) also had met secretly with PAGE on his recent visit.”

According to that official in the dossier, Diveykin told Page that the Kremlin had a dossier of kompromat on Hillary Clinton that they wanted to give to the Trump campaign.

In his congressional testimony, Page denied meeting with Diveykin and said the “senior members of the presidential administration” that he had referred to in his email was actually just “a brief, less-than-10-second chat with [deputy Prime Minister] Arkadiy Dvorkovich.”

Much more at BI.