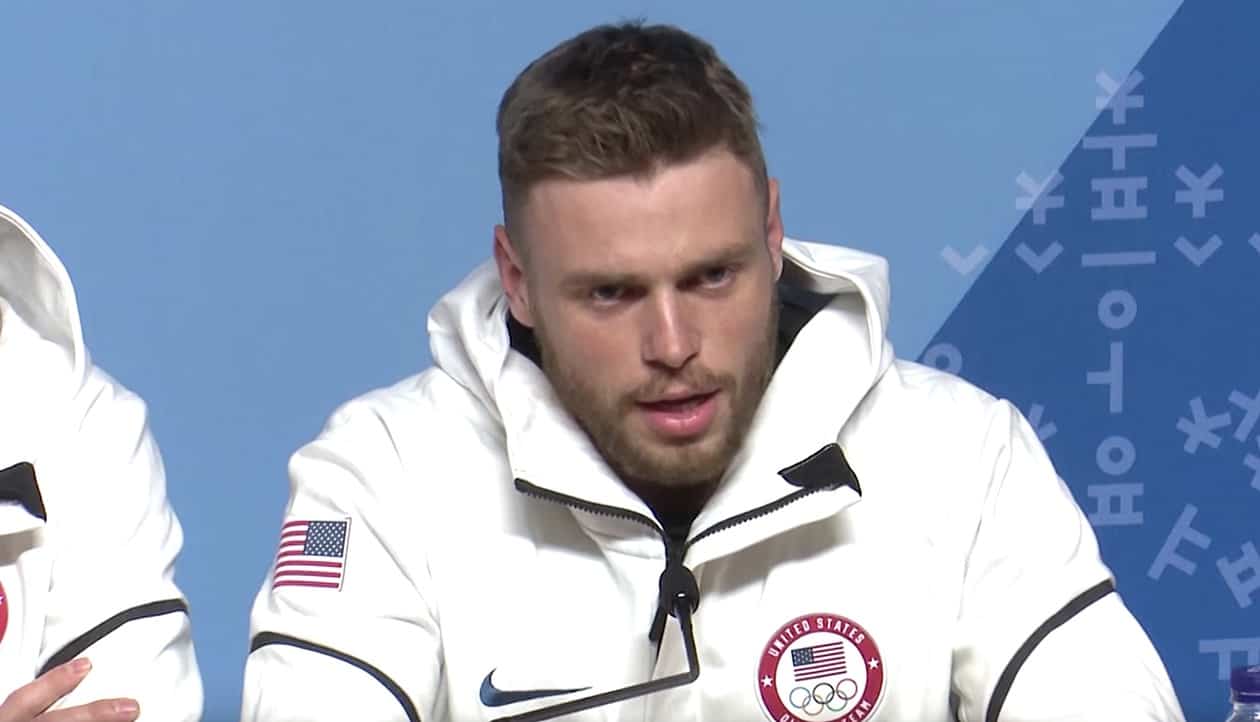 Olympic skier Gus Kenworthy sat down with reporters at a press conference over the weekend and was asked several questions about the conflict between Adam Rippon and Mike Pence and Kenworthy’s own remarks on the topic.

Said Kenworthy of a meeting with Mike Pence: “I think I’ve kind of made my opinion on the matter pretty clear. I don’t think that I have any inclination toward a meeting. It think that would be a much bigger distraction for me and right now, I’m just focusing on competing but I’m very excited to be here representing the US and the LGBT community. I’m very happy to meet Adam and we got to hang out at opening ceremonies and I think he’s just a tremendous guy.”

Asked what he’d do if he happened to run into Pence, Kenworthy replied: “Well I guess we’ll see how I handle it. I think I have always been someone that has had to compartmentalize my life because I was in the closet and I always at fear of outing myself. I always had so much going on in my mind that I couldn’t share it with anyone, so I actually feel, now that I’m out, I have less to compartmentalize…I’ve made it very clear who I am and I think I have taken a step into a sort of leadership role for the LGBT community because there isn’t a ton of representation at the Games. It’s also just me and I’m just being myself so it’s almost easier than ever to be here and be competing and just feel free and liberated. I’m excited for Adam and all the other out athletes here.”

A reporter also asked if he would take his shirt off (like Tongan athlete Pita Taufatofua) if he were chosen as flag bearer.

Replied Kenworthy: “I actually don’t know how that Tongalese guy did that because it was freezing…I’ve got a lot of respect for that guy, and sure, I would happily do that, but I think there are more aptly suited people to carry the flag.”

News broke last week that Rippon turned down a request from Mike Pence to talk after Rippon denounced the homophobic vice president’s role in leading the U.S. delegation to PyeongChang.

But Pence reportedly wanted to have a conversation sooner than that, according to USA Today:

Pence apparently was so concerned about Rippon’s comments that he then set in motion the attempt to speak with him. Farah did not reply to an email earlier this week seeking comment on this story. Rippon’s agent, David Baden, said his client would have no further comment on the issue.

Pence tweeted a defense of his record last week as he departed for PyeongChang, claiming reports that he is anti-gay are “fake news.”

Tweeted Pence: “Headed to the Olympics to cheer on #TeamUSA. One reporter trying to distort 18 yr old nonstory to sow seeds of division. We won’t let that happen! #FAKENEWS. Our athletes are the best in the world and we are for ALL of them! #TEAMUSA”

Headed to the Olympics to cheer on #TeamUSA. One reporter trying to distort 18 yr old nonstory to sow seeds of division. We won’t let that happen! #FAKENEWS. Our athletes are the best in the world and we are for ALL of them! #TEAMUSA

He then added a personal tweet to gay U.S. figure skater Adam Rippon, who has been at the center of headlines for refusing a meeting with Pence over his anti-gay record:

“.@Adaripp I want you to know we are FOR YOU. Don’t let fake news distract you. I am proud of you and ALL OF OUR GREAT athletes and my only hope for you and all of #TeamUSA is to bring home the gold. Go get ‘em!”

.@Adaripp I want you to know we are FOR YOU. Don’t let fake news distract you. I am proud of you and ALL OF OUR GREAT athletes and my only hope for you and all of #TeamUSA is to bring home the gold. Go get ‘em!