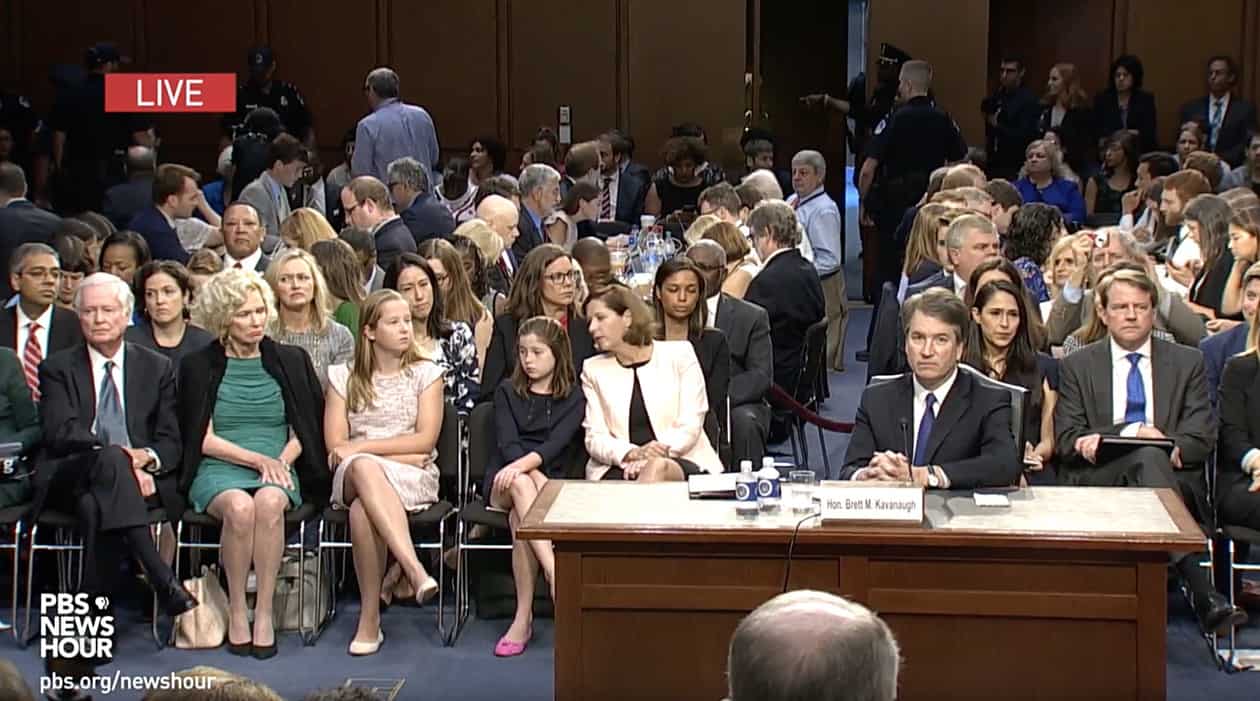 Chaos erupted at the opening of the confirmation hearing for Brett Kavanaugh after Democrats demanded the hearing be adjourned following the last-minute release of 42,000 documents from Kavanaugh’s service in the Bush White House.

"I move to adjourn!"

"We have been denied real access to the documents we need…which turns this hearing into a charade and a mockery of our norms." #StopKavanaugh #HaltTheHearing pic.twitter.com/jpJsr87Gls

It's just a letter from Kavanaugh's friend Bill on his law firm's stationary. pic.twitter.com/dAfi5glaqd

Sen. Dick Durbin: "We waited for more than year with a vacancy on the Supreme Court under the direction of your leader in the U.S. Senate…That we cannot take a few days or weeks to have a complete review of Judge Kavanaugh's record is unfair to the American people." pic.twitter.com/xCTn7HosLg

Sen. Feinstein: "Understand where we're coming from: it's not to create a disruption…It is to say, majority, give us the time to do our work, so that we can have a positive and comprehensive hearing on the man who may well be the deciding vote" on major issues. pic.twitter.com/t1nx6Wy37B

"What are we trying to hide? Why are we rushing?" Democratic Sen. Leahy asks Chairman Grassley of Kavanaugh documents that have yet to be produced to the committee. pic.twitter.com/iUIWh3YCg6

Protesters with Demand Justice dressed as handmaids stand outside Kavanaugh's confirmation hearing room. They are protesting his views on abortion. #SCOTUSKavanaugh pic.twitter.com/oQY7CN3fYD