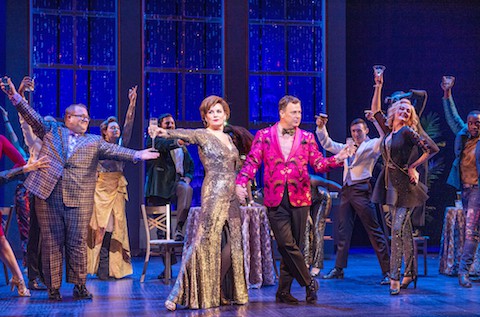 A high school principal (Michael Potts) is reassuring a Broadway star (played by Broadway star Beth Leavel) that her profession provides a public service during difficult times. “So theatre’s a distraction, is that what you’re saying?” she asks over dinner at an Indiana Applebee’s. “No, a distraction is momentary,” he replies. “An escape helps you heal.” Cue his sincere ode to the stage.

The Prom, an often blissfully goofy new musical of strong moral fiber that opened at Broadway’s Longacre Theatre tonight, makes a wholehearted case for theatre’s capacity to soothe and uplift the spirit. At once a love letter to the form and rallying cry for outsiders young and old, it’s the kind of musical that reminds audiences at every turn why any of us love musicals in the first place. 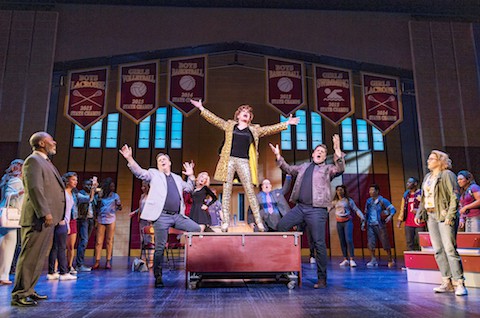 Ostensibly, Leavel’s stage diva is in town to crusade for a teenage lesbian (Caitlin Kinnunen) who’s been told she’s unwelcome at prom. Really, she’s there to revamp her image after a scathing review in The Times and to prove she’s not a narcissist. She and her thespian friends, played with addictive flair by Brooks Ashmanskas, Christopher Sieber, Angie Schworer, and Josh Lamon, discover the girl’s plight trending on Twitter and decide she’s the perfect low-touch cause for them to get behind and drum up some good press. 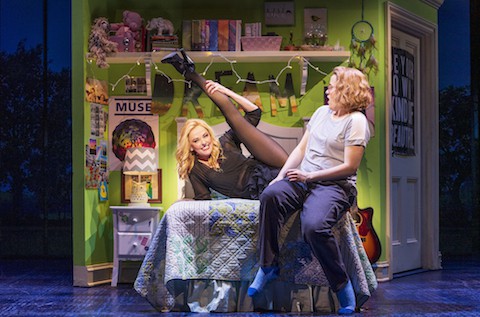 That only one “lesbian/thespian” rhyme ensues on their madcap Midwest sojourn is a testament to the restraint of deft comedic book writer Bob Martin (The Drowsy Chaperone) and co-writer and lyricist Chad Beguelin (Aladdin). Both reunite here with director-choreographer Casey Nicholaw (The Book of Mormon, Mean Girls) and composer Matthew Skylar (Elf). The team’s collective musical theatre pedigree demonstrates an affection for ribbing winks combined with airtight attention to form. They know what they’re doing, and it shows. 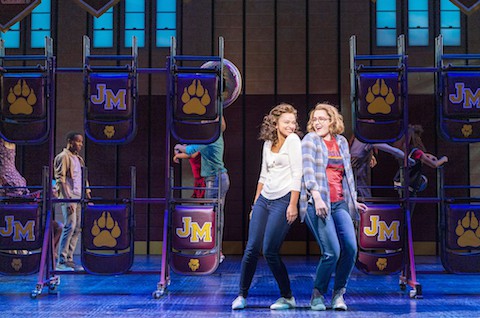 Especially impressive, The Prom is the first new Broadway musical to directly and successfully address the country’s deepening political divisions in the present day. The head of the school’s PTA is a conservative mother (Courtenay Collins) whose own daughter (Isabelle McCalla) has been struggling to come out to her. The musical grounds its story of ignorance and acceptance in characters who feel altogether human regardless of their views, including the often deluded “liberal Democrats from Broadway” who’ve swooped in to save the day and the mom who needs to open her mind before she loses her kid forever. 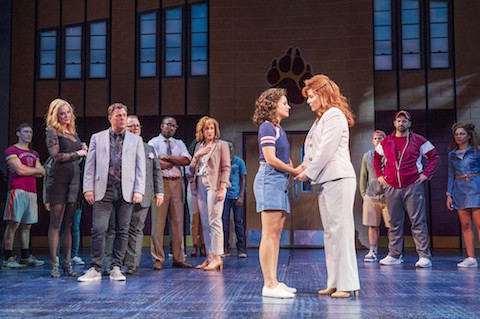 To that end, standout numbers seem likely to become anthems among queer or disaffected youth, including “Just Breathe” and “Dance With You,” both sung by Kinnunen with the wrenching vulnerability that comes with being young and simply trying to be yourself. The score smartly includes vehicles for the flashy talents of its meta Broadway stars, who put their chops to good use warming heartland hearts. Stay for the hint of Liza in Leavel’s eleven o’clock number alone.

It’s easy to look around at the theatre and think, “What are we doing here?” — together in the dark, ignoring news alerts piling up on our switched-off phones. It’s always the foremost question on my mind when the lights go down. The Prom’s answer — to help us understand that everyone, regardless of who they are, wants to be happy — is deceptively simple. As we’ve learned the hard way, it’s also all too easy to forget. If you skipped prom the first time around, or simply pretended to enjoy it, trust me — you deserve another chance.

Previous Post: « Jussie Smollett Explains Why He Said ‘F**k No’ to a White Boyfriend on ‘Empire’
Next Post: Rachel Maddow Thinks Something Big is Coming from Robert Mueller Very Shortly: WATCH »