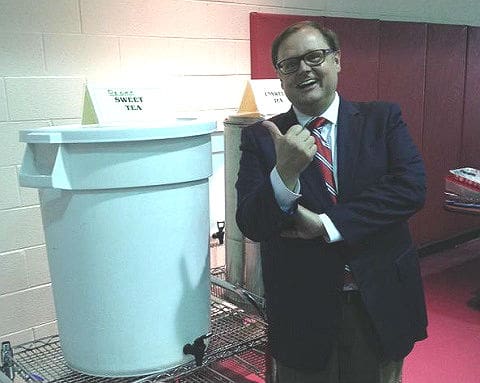 As I predicted – now the LGBT activists and their cronies are demanding that Christians be silenced. http://t.co/2nFj10aHO4

“I believe that the reason that God blessed America is because we know how to smoke a pork butt.

“God hasn’t redefined anything! If you think the cultural purging of the Dukes of Hazzard has been breathtaking in recent days, wait until you see what they’re about to do to Christians.

Starnes also railed against transgender rights, stating that “[children] may wake up feeling like a boy, but by third period [they] might start feeling like a girl!”